A California federal judge has given final approval to Uber’s Misclassification Claims to the tune of $8.4 million.

A California judge last month gave his final approval in Uber’s misclassification lawsuit. About 1,322 drivers who alleged they were misclassified as contractors will share the $8.4 million settlement. The agreement resolves years of litigation in the class action, which claimed that Uber deliberately classified drivers as contractors to avoid providing certain wages and benefits required by California labor law. 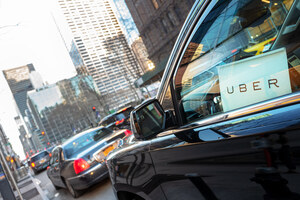 The lawsuit was filed in the U.S. District Court California Northern District (San Francisco) before the passage of Proposition 22, which is described as “an attempt to subvert the law” by the Washington Post . And many Californians who voted in favor of the bill now regret their decision. (Uber and Lyft paid for the gig-worker law known as Prop 22 that exempted them from classifying their millions of California drivers as full employees, denying them a minimum wage and other critical benefits.)

In November 2021 Judge Edward M. Chen granted the parties’ joint motion to dismiss the case after indicating by both parties they had reached an agreement. This deal follows a $20 million settlement (O'Connor v. Uber ) also approved by the same court in 2019 between 15,000 California and Massachusetts drivers and Uber.

This deal, however, doesn’t resolve the elephant in the room: whether Uber drivers are employees entitled to benefits such as overtime, minimum wage, and business expenses—an issue that continues to be debated despite Prop. 22, which was struck down by a state judge as unconstitutional. A California appellate court is weighing that challenge, reports Bloomberg Law.

According to Law360, the $8.4 million settlement will be divided as follows: administration costs totaled $29,000; requested attorneys’ fees represent a quarter or $2.1 million; and each named plaintiff will receive $10,000. Each driver is entitled to part of the settlement based on the number of miles drivers picked up passengers and food deliveries, as well as the number of miles driven. The drivers’ attorney Shannon Liss-Riordan anticipated about half of the class will submit a claim.

More CALIFORNIA LABOR LAW News
“I’m very proud of this settlement, which accounts for what we calculate to be the full reimbursement (at the IRS mileage rate) for Uber drivers in California from February 2019 until the passage of Proposition 22 in December 2020,” Liss-Riordan told the SF Chronicle.  “For drivers who did not opt out of arbitration every time, we are pursuing their claims in arbitration, and so they would need to contact us in order for us to seek reimbursement for them.”

Posted by
Rose Mullet
on September 1, 2022
I know it is California but fact is under their own addendum agreed upon by drivers to drive by their own choice you are conducting business independently. As to health insurance services allow the option to purchase plans through them. As to minimum wages services are only not fair because drivers are factually not getting ful fare value. In addendum services take out a percentage typically 20% of full fare and drivers to get the rest. Example if fare is $200 then drivers are supposed to get $160 and service gets $40 however this is not happening.