Do Misclassification Lawsuits Depend on AB 5?

The District Court for the Central District of California has approved a $3.65 million settlement to end a California labor lawsuit that claims The Spearmint Rhino nightclub chain misclassified dancers as independent contractors in violation of the Fair Labor Standards Act (FLSA) and provisions of California Labor Law. The dancers, who "provided nude, semi-nude, and/or bikini entertainment," at the club’s locations since Oct. 30, 2017, will ultimately net about $2.6 million. 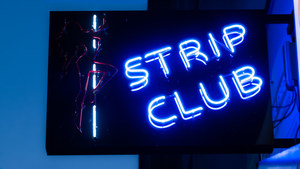 The lawsuit, one of a long series of related legal actions, has prompted plenty of reaction -- partly because of the novelty of sex industry labor lawsuits and partly because the legally fraught and highly politicized debate surrounding AB 5, California’s “gig worker” law and the Dynamex decision on which it is based.


DANCERS PAY TO WORK FOR TIPS


The economics of exotic dancing are unlike anything else. Typically, in order to perform, dancers must pay an assortment of fees. These are variously described as “house fees” or “dance floor fees.” They may be asked to sign agreements requiring them to pay for lease rental of business space. In addition, there are often penalties for lateness or other infractions. One club reportedly charged a higher stage fee to dancers who were not fully nude by the end of their last song.

In many situations, dancers are not paid wages, but work only for tips, which they must then share with bartenders, DJs, dressing room help and “House Moms.” On a slow night, a dancer can go home with very little to show for a 5- to 8-hour shift.

West Wing fantasies aside, not many sex workers are putting themselves through law school. Unaware of their legal rights, they are easy prey for unscrupulous club owners.


THE FALLOUT AND THE IMPLICATIONS FOR AB 5


The response to these exploitative practices has run the gamut: The last issue has perhaps the widest applicability to workers who, like the dancers, find themselves pushed into independent contractor status, often without realizing the consequences.


At the outset, it is important to note that employees have important wage and hour protections that independent contractors do not. It can be difficult to distinguish between the two categories of workers, however. Dynamex and AB 5 set out a relatively simple test under which most workers would be classified as employees and thus entitled to a minimum wage, overtime and rest and meal breaks, among other benefits.

Employers and employer groups have been girding for battle against AB 5 since before it was enacted. The law has been modified to exempt some employers. Others, like Uber and Lyft, have simply announced that they will not comply with it.

The District Court in the Southern District of California has enjoined enforcement of the law with regard to the trucking industry. Some argue that the injunction on enforcement of AB 51, a related law that bans the use of mandatory arbitration contracts in employment, deprives the courts of an important mechanism to enforce AB 5.

All this raises an important question: what if AB 5 were repealed or rendered toothless through repeated amendment and judicial limitation? What would happen to workers like the strippers?  Ortega may actually answer that question.


THE PROSPECTS FOR MISCLASSIFICATION LAWSUITS WITHOUT AB 5


Ortega was filed in February 2017 – before enactment of AB 5 and before the Dynamex decision. There is no judicial resolution but, presumably, the defendant strip clubs found the arguments strong enough to make settlement a wise decision.

More CALIFORNIA LABOR LAW News
It would be premature to speculate what shape misclassification lawsuits might take in a legal landscape without AB 5. The wage and hour protections that employees have (but independent contractors lack) do not depend solely on AB 5 or the three-factor test of Dynamex.

Prior to Dynamex, the distinction between independent contractors and employees was made according to a multi-factor test set out by the California Supreme Court in Borello v. Department of Industrial Relations. That test is not as employee-friendly as Dynamex, but it can and did lead to many worker victories in misclassification lawsuits.

That is very likely what would happen in legal landscape without AB 5 or Dynamex or if either law were limited in its application. These lawsuits would be more difficult for workers to win, but all is not lost, as Ortega demonstrates.