USERRA emerges as a powerful tool to protect employee benefits

On October 4, the Northern District of California approved a settlement that will pay roughly 2,000 Southwest Airlines pilots close to $19 million for benefits that Southwest allegedly failed to credit during short periods of military leave. The lawsuit that prompted the settlement is grounded in the Uniform Services Employment and Reemployment Rights Act (USERRA), rather than the provisions of California labor law. 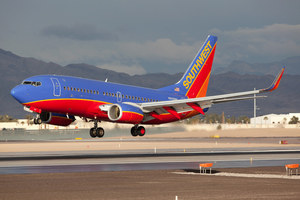 This is one of those specialized situations in which federal law provides greater employee protections than California state law. Given the growth in the reservist and veteran workforce, however, USERRA may play an increasing role in wage and benefit lawsuits.


The class action lawsuit, filed in July 2017, claims that when Southwest pilots took short-term military leaves, as for reserve duty, their paid sick leave did not continue to accrue. This was true even though these benefits did accrue for pilots who took comparable leaves for bereavement, union duty or jury service.

Under the terms of the settlement, Southwest will credit unaccrued medical leave, change the policy going forward, create a fund to pay 401k matching benefits for the years in question, and pay $1,000 to each of the pilots who were affected, but who are no longer active employees with the ability to make use of sick leave.

Because Southwest did not track brief periods of military leave, the size of the affected class is somewhat uncertain. Some of the settlement amount will be held in reserve and ultimately donated to charity if unclaimed.


Huntsman does not rely on California’s Healthy Workplaces, Healthy Families Act of 2014. Sections 245 through 249 of the California Labor Code provide for relatively limited accrual of paid sick leave and appear to exclude from coverage certain airline cabin crew and flight deck employees.

Neither did the lawsuit rely on any provision of USERRA that affirmatively guarantees the continued accrual of either leave or retirement benefits during the time that any person is absent from employment because of military service.


USERRA is a federal law that protects service members’ and veterans’ civilian employment rights. Among other things, under certain conditions, USERRA requires employers to put individuals back to work in their civilian jobs after military service. USERRA also protects service members from discrimination in the workplace based on their military service or affiliation.

Those protected by the law include individuals who perform duty, voluntarily or involuntarily, in the "uniformed services," which include the Army, Navy, Marine Corps, Air Force, Coast Guard, and Public Health Service commissioned corps, as well as the reserve components of each of these services.

By itself, the law does not create substantive employment rights. It prohibits employment discrimination on the basis of past military service, current military obligations, or intent to serve. With respect to reemployment rights, the law relies on what is generally known as the “escalator principle.”

The escalator principle requires that returning service members are to be reemployed in the job that they would have attained had they not been absent for military service with the same seniority, status and pay, as well as other rights and benefits determined by seniority. It was this escalator principle that Southwest fell afoul of in Huntsman.

Is USERRA an underused tool in wage and hour lawsuits?

More CALIFORNIA LABOR LAW News
USERRA applies to a narrowly defined population of employees. It is difficult to know how many veterans or reservists are currently employed by or searching for employment with civilian employers. However, since 2003, enlisted service members have been leaving the military at a rate of roughly 250,000 per year. A substantial portion of the working population is thus covered by the provisions of USERRA.

As one of several counts in an employee rights or employee benefits lawsuit that otherwise depends on the provisions of state law, USERRA may be an underutilized resource. It has the additional advantage of having national application, rather than being limited by state.

Workers who believe that they have been denied wages or other benefits of employment should certainly remember to mention veteran or reservist status in conferences with their attorneys.