On October 18, a showrunner moved in Los Angeles federal court for class certification of a group of TV writers who claim that they were cheated of residual payments owed by streaming services. They claim that their union failed to represent their interests adequately in negotiating a secret lump sum settlement. Although royalties and other residual payment can make up a big portion of the income that TV writers and other creatives make, these payments are not technically “wages” covered under the provisions of the California Labor Code. 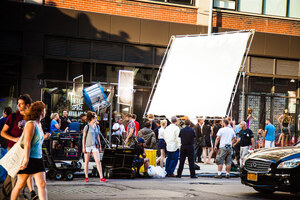 Hence, Jay Martel v. Writers Guild of America West Inc., the underlying lawsuit, seeks damages arising from a breach of the collective bargaining agreement with the defendant employers and a violation of the duty of fair representation by the bargaining representative. Separate class certification for the writers could, presumably, permit them to negotiate a separate remedy.


On March 17, Jay Martel, on behalf of himself and others similarly situated, filed a class action lawsuit in the District Court for the Central District of California. The Complaint alleges that Viacom subsidiaries failed to abide by the terms of the collective bargaining agreement negotiated with the Writers Guild of America (the ‘union”) by “improperly computing or simply not paying residuals owed thereunder for the use of television motion pictures in new media [streaming services], in particular with respect to ad-supported video-on-demand services.” This allegedly went on for years.

The Complaint further claims that defendants, including Viacom and Comedy Partners clandestinely undertook this pattern and practice across dozens of television programs, including Key & Peele, The Daily Show with Trevor Noah, and Tosh.0).” Martel asserts that Viacom reaped “massive windfalls” from this exploitation.

How the money works


How Hollywood’s creative people, including writers, showrunners and sometimes actors get paid, is a complicated story. Think of it as a layer cake.

First, there may be wages or a salary. These are protected by law, although there may be many different laws involved. Dollars involved are comparatively small for a break-through actor, writer or director. When Jennifer Anniston got paid for the first season of “Friends,” that was just the beginning.

When shows are syndicated, redistributed, released on DVD, purchased by a streaming service or otherwise used beyond what the actors were originally paid for, those actors get residual checks called royalties. These may be far richer than the original payment. These are the second and third layers of the cake.

There was an ancient Blackglama mink ad that included as its tagline, “What becomes a legend most?  (Picture Lauren Bacall or Janet Jackson). Answer: Blackglama.

Turn it around and it becomes, “What becomes of most legends?” Answer: Reruns. More than one clever consignment shop has used this one. Update that bit to include streamed content for a more complete picture of the payment issues.

Do all actors get paid for reruns or streamed content? According to the Screen Actors Guild-American Federation of Television and Radio Artists, some do and some do not. For principal performers, royalties can lead to long-term payoffs that are far more than the original salary. Background actors, on the other hand, may get nothing.

The same is likely true for writers, directors and showrunners – all those “behind-the-scenes” folks. How much the background people get paid and under what terms is generally governed by the terms of a negotiated contract. This is where the union comes in.

Sold out by the union – too many secrets

The writers claim first, that the Settlement Agreement was “startlingly inadequate.” It was, “woefully deficient and failed to appropriately compensate them for the amounts they are owed.” Martel asserts that Viacon reaped “massive windfalls from the exploitation” of the episodes.

Second, the lawsuit asserts the confidentiality provisions made discovery of this inadequacy extraordinarily difficult to discover. In sum, the settlement agreement, represented “a colossal failure of the WGA to adequately discharge its duty of fair representation,” the result of a union that “failed to undertake even basic investigatory steps that would have bolstered its claims in arbitration” and “can only be explained by a lack of a sincere effort to protect Class members’ rights.”

What does the latest twist in the lawsuit add?

It remains to be seen. But a new and separate class of litigants may add new claims and new and different request for a remedy. This one still has a long way to run.