A California judge has given the green light to settle several California labor lawsuits alleging the retail giant violated California’s Private Attorneys General Act by failing to provide seating for more than 90,000 cashiers. 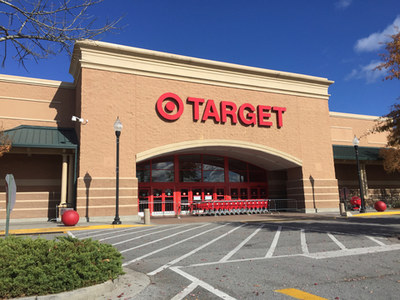 
This settlement includes a California labor lawsuit filed March 2017 in state court and two federal lawsuits filed back in 2009. All three lawsuits allege that Target failed to provide its cashiers with seating during their shifts, which is in violation of California’s Private Attorneys General Act (PAGA). This act allows workers to sue to recover civil penalties for themselves and on behalf of other employees and the state of California for alleged labor code violations.

And both lawsuits were stayed in 2012, pending the outcome of other lawsuits (CVS and JP Morgan Chase, below) involving seating that were being heard at the Ninth Circuit. In 2014 the issue went to the state Supreme Court, which clarified the state labor statute’s seating provisions.

The state case is Enombang v. Target Corp., case number RG17853948, in the Superior Court of the state of California, County of Alameda. Valerie Enombang sued Target in a PAGA claim after the high court ruled.

Seating and the California Labor Code


In May 2009 Target employee Danyell Murphy filed a lawsuit in California Superior Court, arguing that the position of cashier permitted seating but the company did not provide seats. Target argued that cashiers could sit during their breaks, and they need to stand to bag heavy items and scan items. As well, cashiers are expected to step into the aisles, greet shoppers and direct them to their registers when a customer is not at their cash station.

In May 2016 the California Supreme Court sided with the plaintiffs in another lawsuit– CVS cashiers and JP Morgan Chase tellers who were also fighting for their rights to sit down on the job. “There is no principled reason for denying an employee a seat when he spends a substantial part of his workday at a single location performing tasks that could reasonably be done while seated, merely because his job duties include other tasks that must be done standing,” said Justice Carol A. Corrigan and reported by the Los Angeles Times.

And PYMNTS.com opined that this victory, likely to have a ripple effect for businesses nationwide, “now finds retail companies pondering how much wiggle room they might have in insisting that customer-facing employees (cashiers in particular) stay on their feet while working, how much measurable impact the optics of a seated cashier (versus a standing one) incur on their business and whether or not pushing back on the issue might be even worth it in the long run.”


Although Judge Brad Seligman approved the $9 million settlement, he was “uncomfortable” approving 40 percent of plaintiffs’ attorneys’ fees. Attorneys said they were “warranted to encourage low-wage workers to take the risk and pursue litigation,” arguing that, if the plaintiffs lost, the cashiers, who make about $30,000 annually would likely have gone bankrupt.

Under the settlement, the four named plaintiffs in the three lawsuits will receive $20,000 each, and 75 percent of the money that remains after administration costs will go to a state's Labor Workforce Development Agency. The remaining 25 percent will go to the cashiers.


Jason Goldberg, vice president of commerce at digital marketing firm Razorfish, told Retail Dive that “Retailers have always liked the notion of employees standing to feel more open to approach from shoppers…people feel more comfortable engaging each other at eye level, so it can be awkward when a customer is standing, and has to look down at a seated store clerk.” This tradition has been used as a legitimate argument for retailers faced with seating lawsuits. But traditions can be broken…

Posted by
Desiree Lumas
on September 17, 2019
I sent my claim paper in but did not receive anything back, I worked for target since 2008 to present. This claim is about the sitting. Please contact me so that I can speak with someone so that I can receive my part of the settlement.

Posted by
SWit
on February 2, 2019
I disagree with Lettie. I got a lot more than $12.00! Lettie, with all due respect, you should not say what all of the cashiers got unless you know for sure what all of them got. I got triple-digits. So anybody who can still file the lawsuit and be a part of it I say go for it! It's well worth it.
Posted by
lettie
on January 31, 2019
dont worry your not missing much. out of the millions of dollars that target settled for the cashiers only got $12.04 yup thats right i just got my check today and wasnt even worth my time or effort
Posted by
Liz S.
on January 30, 2019
How do I get my settlement check? I did not receive a letter as my other co-workers did. I worked for Target 3 years in th time frame of the suit.
Posted by
Rakenya Myles
on January 28, 2019
I didn't receive my claim letter and i used to work for target..
Posted by
Paulette Santana
on January 22, 2019
I was notified about the Murphy vs Target lawsuit and sent my paperwork in December 2018. When will I get my settlement?
Posted by
sade
on November 30, 2018
how can i get my 20 percent I use to work for target as a cashier back in 2009 and I had get a letter about it and I lose it
Posted by
Rosalba Coria
on November 18, 2018
How do I fill a claim form for the target vs Enomgang case