On March 3, PricewaterhouseCoopers, LLP (PwC) offered to settle a lawsuit brought under the Age Discrimination in Employment Act (ADEA) and California labor law. The lawsuit claims the accounting giant systematically discriminated against job applicants older than 40. The settlement offer includes payment of $11.625 million and a promise to remedy discriminatory hiring practices in the future. 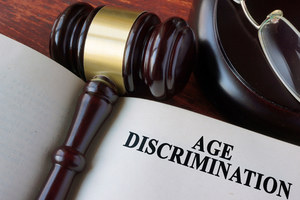 Inconveniently, settlements do not make new law. What does make new law in Rabin v. PricewaterhouseCoopers LLP is an underlying ruling, which held that job applicants (and not just employees) may be protected against practices that are neutral on their face but discriminate in fact against certain groups of individuals. The “disparate impact” theory, as this is known, works to protect a much larger group of individuals from the effects of illegal employment discrimination.


Although unemployment rates for those 40 and older are generally lower than the rates for their younger counterparts, the risk of long-term unemployment increases with age. This became particularly acute in the aftermath of the Great Recession of 2007-2009. Even thereafter, in 2014 for example, the Bureau of Labor Statistics noted that the incidence of long-term unemployment increases with age. In 2014, for example, 44.6 percent of the unemployed 55 and older had looked for work for 27 weeks or longer, compared with only 22.1 percent of the unemployed under age 25. The BLS further projected that  through 2024, the labor force participation rate is expected to increase fastest for the oldest segments of the population—most notably, people ages 65 to 74 and 75 and older.


The Rabin Complaint alleges that PwC’s hiring practices gave preference to younger employees. Specifically, the firm: The Complaint alleges that these practices violated the ADEA and the California Fair Employment and Housing Act in two ways: both by intentionally discriminating against job applicants over the age of 40 and through the application of facially neutral policies which, nonetheless, had a disproportionate impact on older applicants.

Nonetheless, this argument can be difficult for a worker or applicant to make because the evidence is largely statistical. It does not speak directly to the individual harm that a plaintiff must usually demonstrate.


What is disparate impact?


Were a city to require, for example, that firefighters be at least six feet tall, that condition would not be directly discriminatory because it would apply to all applicants. In reality, however, it would favor men because men tend, on average, to be taller than women. In other words, the requirement would have a disparate impact on women.

PwC’s requirement that applicants for entry-level accounting jobs be enrolled at one of the universities from which it recruits is similarly not directly discriminatory. People of all ages may be enrolled in those schools. In reality, however, most of those individuals are in their 20s. The requirement arguably has a disparate impact on individuals over the age of 40, who are protected from discrimination in employment by the ADEA and California’s FEHA.

In a full-blown disparate impact case, the defendant would then have the opportunity to argue that the requirement is necessary to ensure that applicants are able to perform the essential components of the job – that the condition is a bona fide occupational qualification (BFOQ). Firefighters, for example, should arguably be strong enough to carry people out of burning buildings.

A plaintiff might then counter that the legitimate BFOQs for firefighters are strength and stamina, not height. Both of these are measurable and might have less of a disparate impact on women.

More CALIFORNIA LABOR LAW News
Rabin simply never got that far because PwC opted to settle. It may be that the 2017 decision by the court that the plaintiffs were not foreclosed from making a disparate impact argument opened the door to settlement negotiations.


Job applicants in California now have another avenue for pursuing age discrimination in employment lawsuits. There are industries other than accounting – the tech sector, for example – where age discrimination is allegedly rampant. PwC’s decision to settle the Rabin lawsuit is not dispositive of whether arguments may succeed, but it suggests that the defendant employer recognized the power of a disparate impact argument in job application cases.
READ ABOUT CALIFORNIA LABOR LAW LAWSUITS