Is amateurism in college sports a myth?

Here’s the big question:  Does it make sense to resolve pay cap disputes between college athletes and the NCAA under federal antitrust law; or will justice be better served if courts understand the issue through the lens of wage and hour laws, including California labor law? 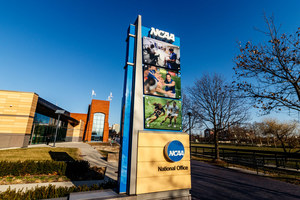 On October 23, student athletes appealed the Northern District of California’s March ruling that upheld NCAA caps on how much college athletes can be paid. The athletes argue that the NCAA’s reliance on amateurism is a “post hoc pretext to justify naked restraints on trade.” Blowing up the amateurism argument strikes at the heart of the antitrust analysis. Other lawsuits abandon antitrust arguments to argue that pay caps are wage theft.

The California legislature has weighed in with the Fair Pay to Play Act.The law prohibits colleges and universities from preventing athletes from profiting from corporate endorsements. The distinction between education-related and non-education-related payments is a strange byproduct of the amateurism/antitrust way of viewing the problem. The Ninth Circuit, meanwhile, has upheld limits on college payments for the use of athletes’ name, image and likeness.

As they wend their way through the court system, most lawsuits focus on smaller and smaller legal questions. With In Re: National Collegiate Athletic Association Athletic Grant-in-Aid Cap Antitrust Litigation, the opposite is true. Something is wrong here;  the question keeps getting bigger. Is that because courts are using the wrong analytic tools?


There is a long and hoary history to antitrust thinking about labor disputes in professional sports. No reason to recap the whole thing; feel free to revisit 1922 on your own – suffice it to say that the general goal of federal antitrust law is to protect consumers from the consequences of anticompetitive behavior, including scarcity and artificially high prices.
Were sports fans not protected by antitrust laws, the price of a ticket might be beyond the reach of many.  But as astute observers must know, that already seems to be the case. The average Super Bowl ticket costs between $2,500 and $3,000. Tickets averaged $4,314 for Super Bowl XLIX between the Seahawks and the Patriots.

The NCAA argues that the preserving the amateur status of college players (by not paying them) protects consumers from these kinds of prices. In addition, the organization argues, pay restrictions also protect consumers from scarcity because what spectators love about college sports is amateurism. If players were paid, then they would be professionals, and the beloved quality of amateurism would be lost. That commodity would be scarce.


WHAT ABOUT THE PLAYERS?


Antitrust law is not designed to protect workers – who are, in this case, the players who produce the sports spectaculars for which consumers buy tickets. Nonetheless, the injustice of offering nothing to student athletes who may spend 40-50 hours per week playing, practicing and training and who generate approximately $1 billion in revenues annually for the NCAA is too glaring to ignore.

The District Court’s March ruling tries to accomplish some fairness by relying on a distinction between education-related payments and non-education related payments. Student athletes may benefit from post-secondary education. They might have a shot at a professional career. Both are debatable propositions, but there is at least an argument about the hard-to-quantify benefits for the players.

Working from this thin premise, the March decision prohibits the NCAA from enforcing rules that limit payments for education-related expenses, like computers, science equipment, musical instruments, tutoring and expenses related to studying abroad and internships. It also bars caps on undergraduate and postgraduate degree scholarships. It does not eliminate pay caps unrelated to education – laundry, food and travel home, for example.

It is a complex decision that is sure to spawn more lawsuits about what costs and payments are education-related and which ones are not. It is not completely surprising, therefore, that the players have appealed, asking the court to remove all caps on player compensation.

“Division I basketball and football are big businesses. The NCAA and its member conferences and schools receive billions of dollars every year through the hard work, sweat, and sometimes broken bodies of the elite athletes in these sports....Yet the athletes themselves receive almost none of this revenue.”

The NCAA, the players argue, “did not adopt these rules to promote competition, they did so to control their costs.”
There, they said it. The players’ appeal is still framed in terms of antitrust law, however.


WHY NOT WAGE AND HOUR LAWS?


Ralph “Trey” Johnson, a former Villanova defensive back takes a far more direct approach in his class action lawsuit against the NCAA and many member schools. He accuses them of failing to pay minimum wage.

More CALIFORNIA LABOR LAW News
The lawsuit explicitly compares the situation of student athletes to work-study students, including the student ticket-takers, seating attendants and food concession workers at NCAA contests, whose jobs are created by the players’ work. The work-study students are paid minimum wage based on recorded hours; not so for the players.

Whether the wage and hour approach would ultimately benefit student athletes more than uncapped educational expenses remains to be seen.  But the simplicity of the argument that players are workers and should be paid is appealing. This is especially true compared to the increasingly tortured application and further refined exceptions to federal antitrust law that have otherwise been applied to the situation.

California labor law has robust and well-developed worker protections that extend beyond minimum wage requirements. The opportunity for development seems to be there. It’s a place to watch.