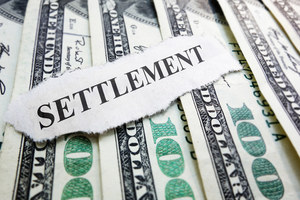 Not everyone is happy, though. The proposed settlement would affect the litigants in a federal lawsuit, Harvey v. Morgan Stanley Smith Barney LLC as well as the plaintiffs in a California state lawsuit, Chen v. Morgan Stanley Smith Barney. The Chen plaintiffs believe that the settlement terms will net them less than their lawsuit would have. The District Court overruled their objections that the proposed settlement constituted a “reverse auction.”


The essence of the allegations in both lawsuits is that Morgan Stanley used a complicated reimbursement scheme to underpay business expenses incurred by a group of financial and private wealth advisors. The expenses included business travel, client entertainment, phone and internet services, and licensing fees.

The Chen lawsuit was originally filed in 2014 and, during the course of extensive California state court litigation, produced dozens of motions, twenty depositions and a quarter million pages of discovery. Unlike the Harvey lawsuit, Chen sought penalties and other relief for California labor law violations under the Private Attorneys General Act. Also unlike Harvey, Chen was on the eve of trial. The Harvey lawsuit, filed in 2018, was in a comparatively less-developed state.

Morgan Stanley lawyers negotiated the proposed settlement terms with attorneys for the Harveyplaintiffs. Notwithstanding the fact that Chen counsel was apparently not involved in the process, the claims of the Chen plaintiffs will also be swept into the Harvey settlement.

Chen plaintiffs object that Morgan Stanley avoided a potentially more costly trial in California state court by offering a comprehensive settlement based on a weaker lawsuit. They claim that the proposed settlement amount of $10.2 million comes to only 1.5 to 2.2 percent of Morgan Stanley’s exposure. They claim that comparable lawsuits typically yield 200 to 800 percent more money per class member per month than the Harvey settlement.

All this, they charge, is the product of a judicially-suspect maneuver known as a “reverse auction” settlement.

What is a reverse auction settlement?


The analogy to an auction recognizes the power of competitive bidding to change the price of a desired object or outcome. But instead of driving the price up, as bidders eager to own a lovely pair of antique brass candlesticks might, the bidders in a reverse auction settlement drive the price down.

In a reverse auction, plaintiffs in parallel class action lawsuits compete to obtain settlement funds from a defendant and negotiate a price that tends to drop as they undercut each other. Defense attorneys typically pick the weakest cases or the least experienced plaintiffs’ lawyers and settle on unduly favorable terms with that party. Importantly, the terms of the settlement preclude other class actions.

The stronger case, the one that might expose the defendant to greater financial liability, is thus neatly disposed of. The least prepared plaintiffs get some recovery without the time and expense of trial preparation and the defendant gets piece of mind or perhaps shareholder confidence at a discount. Is that what happened here?

Evidence on both sides


In their opposition to the proposed settlement, the Chen plaintiffs point to the fact that Morgan Stanley voluntarily agreed to extend the statute of limitations for Chen litigants so that they could be covered by the terms of the settlement. Extending the statute of limitations is not normally something that defense counsel would be eager to do.

More CALIFORNIA LABOR LAW News
The District Court, in its preliminary approval of the settlement, noted the reputation and experience of for the both Clapp & Lauinger LLP and the Wynne Law Firm, counsel for the Harvey litigants. The court dismissed any idea that they could be understood as ineffective or compliant and rejected the notion that what had occurred was a reverse auction.


Many recent class action lawsuits, like the Johnson & Johnson Baby Powder lawsuits or the Monsanto RoundUp lawsuits have taken place in multiple jurisdictions. Where there are multiple lawsuits that are not consolidated in multidistrict litigation or that take parallel tracks in state and federal court, there is a risk that defendant’s counsel with attempt to pit the plaintiffs against one another in the race to settlement. Plaintiffs and plaintiffs’ counsel must continue to be alert to this possibility.

Posted by
Christine Graham
on October 13, 2019
My claim doesn't involve labor but I was with Morgan Stanley in San Francisco back in 1999 and lost $30,000. My stock broker disappered and I was switched over to another broker without notice. I wish had someone to protect my assets back then. Was there a class action suit against them for misconduct of funds?