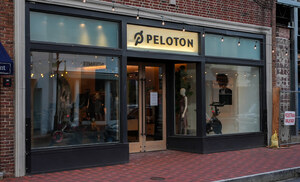 Mark Cohen, a sales representative who filed his lawsuit in Los Angeles Superior Court in January, worked at Peloton for more than five years, from November 2016 to December 2021. His lawsuit alleges that, in addition to failing to pay overtime and minimum wage (Peloton recently raised its starting wage to $19 an hour), the company failed to reimburse him for work expenses such as car mileage and cellphone bills. It also says Peloton failed to pay out full “wages due upon termination of employment” such as vacation time, which is legally required in California. The suit, which has not yet been certified as a class action by the court, “challenges systemic illegal employment practices resulting in violations of the California Labor Code,” according to the complaint.

Cohen, who was classified as hourly non-exempt, claims that the company shorted him and other similarly situated employees due pay and other benefits owed under California law in the nine-count complaint. In February Peloton removed his complaint, arguing that the case belongs in federal court, reported Law360. Peloton contends that not only is its removal motion timely, but that the court has subject-matter jurisdiction over the action pursuant to the Class Action Fairness Act of 2005 (CAFA). Peloton asserts that the proposed class action comprised over 100 members and that Peloton and plaintiff are not citizens of the same state. (Peloton is a Delaware corporation with New York headquarters.)

As well, the company argues that “a conservative estimate of the amount in controversy exceeds the $5 million threshold” and the complaint puts in question more than $6.3 million based on the defendant’s calculation regarding “a purported failure to pay timely wages upon separation of employment, failure to provide accurate wage statements, and denial of meal and rest breaks … inclusive of attorneys’ fees.”


According to BuzzFeed, Cohen isn’t the only one accusing Peloton of pay issues. Minnesota delivery worker Trevon Estes filed a class-action lawsuit last October claiming Peloton failed to pay overtime. Three other employees also complained that they weren’t compensated for meal breaks; and like Cohen’s complaint they were not reimbursed for work expenses, and not paid out for vacation time upon termination. Estes claims the company “willfully engaged in a pattern, policy, and practice of unlawful conduct” and owes him and other delivery workers in the state for overtime pay. Further, Estes also “frequently performed work for Defendant during scheduled break periods” without pay.


Another employee told BuzzFeed that employees “worked off the clock a lot… Oftentimes we work through our breaks and don’t get to take them on time or at all. I missed my lunches almost every day.” Peloton’s sales soared during the pandemic when gyms were closed. To keep up with demand the company relied on employees nationwide, including California, to sell its bikes in showrooms, assemble them in warehouses, and deliver them to homes.


Peloton is now having a bumpy ride. In February eight law firms submitted bids to a New York federal judge to lead a proposed class of Peloton investors who claim the company made false assurances about the company's success in relation to the COVID-19 pandemic. The law firms are seeking to represent a class of Peloton investors who purchased or acquired Peloton common stock between Dec. 9, 2020, and Nov. 4, 202, according to Law360.

More CALIFORNIA LABOR LAW News
Peloton has denied all labor violations, saying it provides paid break time in accordance with labor laws. “We are committed to creating an inclusive, kind, and productive culture where all team members are treated respectfully and have the tools to succeed,” a Peloton spokesperson said in a statement. “Peloton employees are fairly paid, and we are committed to adhering to all legal requirements in every state in which we operate.”


In California three other employment suits have been filed against Peloton. Operations manager Ricardo Jacobo settled with Peloton in September 2020 and another former sales representative, Brittany Gross, is still waiting for her complaint to be heard. In addition, two warehouse workers in Northern California, Meagan Hernandez and E’Monii Crumby, filed a lawsuit in February 2020 claiming unpaid wages. Peloton denied these charges and the case is ongoing.