Workers at Oaklands McDonald’s who claimed they had to wear dog diapers and coffee filters instead of face masks settled a California safety lawsuit August 12. 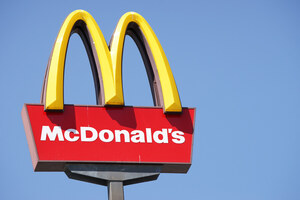 
Part of the settlement requires the franchise to maintain numerous safety measures, provide paid breaks to ensure that workers can sanitize themselves and the restaurant's owner Michael Smith and managers must set up a safety committee whereby they meet with workers monthly to discuss ways to maintain worker safety. A spokesperson for Fight for $15, a labor advocacy group that helped the McDonald’s workers file the lawsuit, told Forbes in an email that the safety committee is the first at a McDonald’s restaurant.

The New York Times reported that Smith is required to implement clearer safety measures like social distancing and paid sick leave, perform regular deep cleaning of the restaurant and provide masks and gloves to all employees, among other recommendations.

Unknown is whether the staff involved in the suit received any financial compensation as listed in the original lawsuit. The McDonald’s corporation was not a defendant in this lawsuit, telling SFGATE that all franchises were issued a handbook outlining safety procedures and requirements during the pandemic. Smith denied all the accusations in the lawsuit “and the settlement does not involve an admission of wrongdoing.”

In June 2020 more than two dozen workers at the Telegraph Avenue McDonald's and their family members filed a complaint with the California Division of Occupational Safety and Health alleging managers ordered cooks and cashiers to use dog diapers and coffee filters as a substitute for face masks. (Later, workers were supplied with disposable masks and instructed to “wash and reuse them until they fell apart”.) As well, social distancing was not mandatory and before their shift, workers' temperatures were checked with an inaccurate thermometer. At least 25 workers and their family members, including a 10-month-old infant, contracted COVID-19 in the spring of 2020.

"Last year when McDonald's tried to treat us like dogs, we didn't sit down or stay silent," said Angely Lambert, one of five plaintiffs in the lawsuit, and reported by Law360. "We joined together and fought for our dignity as human beings -- and we won…"We will keep fighting to make sure that every worker, in fast-food and beyond, has a voice on the job.”

Lambert continued. “First, we made history by going on strike and shutting down our store for over a month. Now, we’ve made history again by winning a worker safety committee that will let us make decisions about how to keep ourselves and our customers safe.” Lambert tested positive for COVID-19 last June. According to SFGATE, during her shift on May 23, she reported to her manager that she wasn’t feeling well: she complained of a severe headache and body ache. Instead of sending her home, Lambert was told by the manager to finish her shift.

Workers went on a 33-day strike after the COVID outbreak and the restaurant closed during the strike. Alameda County Superior Court Judge Patrick McKinney ordered the restaurant to stay closed one week after the lawsuit was filed. Two months later a preliminary injunction was issued, making the franchise observe 11 health and safety measures.


In a similar situation, workers at a Chicago McDonald's also reached a deal August 12 to end a public nuisance lawsuit they filed with an Illinois State Court in July. The workers requested that the Illinois state court issue an injunction, requiring McDonald’s stop ordering workers to reuse masks, mandate face coverings for customers and require the company to inform employees if a coworker becomes infected. The restaurant must abide by governor's orders mandating that unvaccinated workers wear masks and maintain distance from each other, and provide workers guidance about COVID-19 safety policies at their request. The case is Massey v. McDonald's, case number 2020-CH-04247, in the Circuit Court of Cook County, Chancery Division.

McDonald's USA said it "worked closely with leading public health authorities, with global suppliers and with the Mayo Clinic" on safety measures and secured more than 111 million pieces of personal protective equipment for workers…
We're confident that any outlier conduct like that alleged in these complaints does not reflect what has broadly happened and continues to happen across 14,000 U.S. McDonald's locations," reported Law360. The case is Hernandez v. VES McDonald's, case number RG2006485, in the Superior Court of the State of California, County of Alameda.

More CALIFORNIA LABOR LAW News
Employees at other restaurants and essential businesses that remained open during the pandemic also protested and walked off the job over fears of contracting the coronavirus.

Walmart Inc. and meat producers JBS SA and Tyson Foods Inc. were each sued over employee deaths from COVID-19. And workers who sued Smithfield Foods Inc. also demanded safety measures in a lawsuit that, like the McDonald’s case, alleged the company was a public nuisance. However, a judge dismissed the latter lawsuit, saying workplace conditions were under the jurisdiction of the Occupational Safety and Health Administration, part of the Department of Labor.

In a statement to Reuters, McDonald’s said the allegations were inaccurate and that safety, including wellness checks and protective gear, was a top priority.