On September 21 the California Court of Appeals ruled that Google and Adecco USA, Inc., a staffing company, must face allegations that the confidentiality agreements required of all Google employees violate the California Labor Code. Among other remedies, Doe v. Google seeks penalties under the California Private Attorneys General Act (PAGA), in which as many as 65,000 Google employees might share. The sum of money could be massive, even for the tech giant. 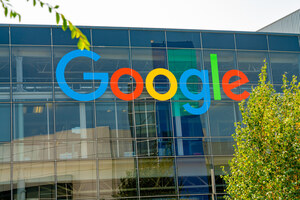 The latest decision turns on the fairly narrow question of whether a settlement entered into by Google and the National Labor Relations Board preempts California labor law questions based on the same set of facts. Interesting for lawyers, but for many workers, the back story means more.

The code of silence


In 2016 a Google product manager, under the name of John Doe, and two other former employees sued Google, claiming that the mandatory confidentiality agreements that they had to sign as a condition of employment barred them from blowing the whistle on unsafe or discriminatory working conditions or revealing skills, knowledge, experience or prior salary when interviewing with a potential new employer. The policies, if strictly interpreted, would also prevent Googlers from grousing about the boss to their spouses or reassuring their parents that they were making enough money to pay their bills. The lawsuit does not concern trade secrets or other forms of intellectual property.

According to the Complaint, an internal confidentiality policy prohibits Googlers from disclosing:

“’confidential information [which means everything at Google] without authorization.’ The internal policy goes further and states that … ‘it’s also a bad idea to post your opinions or information about Google on the Internet, even if not confidential (emphasis in original), unless you’re authorized to do so as part of your job …. And never discuss the company with the press unless you’ve been explicitly authorized to do so by Corporate Communications.’”

Furthermore, the code of silence was enforced by a secret, internal “Stop Leaks” program. The lawsuit claims that Google’s director of global investigations, intelligence, and protective services, Brian Katz, falsely accused the employee, now suing under the name of Doe, of leaking information to the press. The employee was reportedly readily identifiable at the time the accusations were leveled, but has chosen to sue under a pseudonym in an attempt to protect future employment prospects.


Shortly before filing this lawsuit, Doe filed a charge with the NLRB, arguing Google's policies interfered with provisions of the federal National Labor Relations Act that protect employees from engaging in activities "for the purpose of collective bargaining or other mutual aid or protection." Google settled the claim, reportedly agreeing to post a notice for 60 days assuring employees they had the right to discuss wages, hours, and working conditions with other employees, the press/media, and other third parties. It was, for all intents and purposes, a slap on the wrist – and a light one, at that.

At trial, the California Superior Court of San Francisco County dismissed the suit, saying it concerned working conditions that were exclusively regulated by the National Labor Relations Board. The plaintiffs then appealed to the California Court of Appeals.


The Court of Appeals decision rests heavily on a distinction between the intent of the NLRA and various provisions of the California Labor Code. Section 7 of the NLRA entitles employees to engage in “concerted activities for the purpose of collective bargaining or other mutual aid or protection.”  In contrast, California labor law protects their activities as individuals.  These distinctions are likely to be at the heart of any appeal that Google may file. But for Google, as for many employers, the real threat may come for the request for penalties under PAGA, which essentially deputizes aggrieved employees to act as a private attorney general to enforce California labor laws.

More CALIFORNIA LABOR LAW News
PAGA penalties are assessed per pay period for each violation of any of several Labor Code sections. Thus, it takes into account the number of affected employees, including those who were terminated or quit, and the duration of the violation. For each employee in the PAGA period, one penalty is assessed against the employer for each predicate violation that occurs within a pay period. They accumulate quickly, especially with a workforce as large as Google’s.

Most of the penalty assessed goes to the State of California, rather than to any individual plaintiff. Nonetheless, the law can act as a powerful deterrent to employers who might otherwise see no particular downside to encroaching on employees’ workplace rights. And that, more than any other reason, may be why both employees and employers are watching the fate of Doe closely.