Good, but maybe less here than meets the eye?

On March 21, 2019, Google employees were finally freed from contractual restrictions that forced them to arbitrate employment disputes. This follows widespread protests and challenges under California labor law stemming from the forced arbitration of sexual harassment claims. 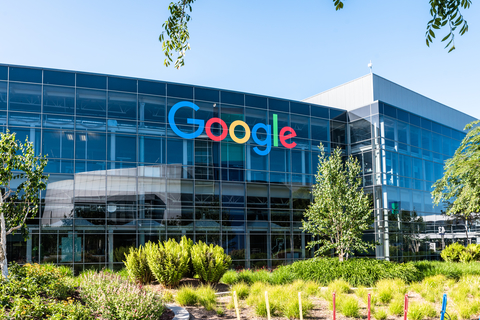 The #MeToo movement continues to bear fruit beyond the issue of sexual harassment and assault. Questions remain, however, about how far this can extend into other employment rights issues and how many workers will, in fact, benefit.


After protests in November 2018, Google ended mandatory arbitration for individual cases of sexual harassment or assault for employees. In March 2019, it ended forced arbitration for all other issues, as well. Employees will have the option to sue the company over a labor law issue, although they will still be able to pursue arbitration if they prefer. Employees will also no longer be required to contractually waive their right to join class action lawsuits against Google.

The change applies at other corporate entities that exist within Google, including its X research lab, the DeepMind AI program and the Access broadband unit. It does not apply at other companies owned by Google’s parent company, Alphabet. Google also promised to remove mandatory arbitration from legal agreements it reaches directly with its full-time contract and temporary workforce in the future. None of these concessions apply to cases already in arbitration or already settled.


Employees have long sought to end the widespread practice of contractually requiring them to arbitrate disputes with their employer rather than bringing a lawsuit in court. Roughly half of the Fortune 100 companies have forced arbitration policies. These require workers to sign away their right to take their employer to court as a condition of getting or keeping a job. Few job applicants are in a position to quibble.

Research suggests that arbitrators are more likely than judges and juries to rule against workers and less likely to allow a full recovery for those employees who do prevail. Further, arbitration agreements often require that the subject matter and resolution of arbitrated disputes remain confidential.

As the #MeToo movement made plain, with forced arbitration and nondisclosure agreements, sex discrimination, harassment, and other workplace violations can remain an open secret. Corporate predators can prey, and toxic corporate culture can poison the workplace for years.

Requiring workers to pursue individual arbitration also precludes participation in a class action lawsuit, which is often the only economically feasible path for many lower-paid workers whose legal right to safe and fair workplace has been infringed.

In 2018, the U.S. Supreme Court upheld the enforceability of mandatory arbitration clauses in cases governed by federal law. The Ninth Circuit has since limited that holding in ERISA cases that focus on breach of fiduciary duty claims. California labor law also requires employers to pay for the cost of arbitration beyond reasonable fees.

Nonetheless, the legal precedents in forced arbitration cases remain a big stumbling block for workers who seek to enforce their rights in court.

Legislative relief and the court of public opinion


In the wake of the #MeToo scandal, the California legislature enacted AB 3080, which limits the enforceability of mandatory arbitration clauses in cases of discrimination and harassment.

Similarly, Congress has been called upon to pass the Forced Arbitration Injustice Repeal Act, which was introduced in the House and Senate on March 22, 2018. Likelihood of passage in the current Congress seems slim. Nonetheless, the growing clamor and collective employee action seems to have produced some results.

In addition to Google, Microsoft Corp., Uber, Lyft and Facebook have announced that they will permit employees with sexual misconduct claims to pursue their cases in court, even when they might otherwise be bound by the terms of an employment contract. For other disputes, however, the restrictions remained in place. Many employers remain invested in limiting the limits on compulsory arbitration.


Google’s new agreement will not affect the contracting firms that actually employ many of the contract and temporary workers who work at Google. Skilled and unskilled contract workers at Google reportedly outnumbered permanent, full-time employees at Google in mid-2018. Much the same is true at Apple and Facebook.

More CALIFORNIA LABOR LAW News
These are workers who may not have health insurance or the other protections of the traditional employer/employee relationship. It is part of a larger move to gig employment that some employers see as the key to maintaining a flexible and relatively inexpensive workforce. It looks good at the bottom line. It defines workers out of their legal rights.

Furthermore, these workers may not be protected by the change in corporate policy, which may also, by definition, be subject to change once the publicity generated by the #MeToo movement has died down and public attention has shifted on to the next shiny object. Legal precedent and legislative action are the only long-lasting solutions.

Has Google made a change for the good? Undoubtedly. Is it enough? Many think the progress still looks shaky.