Former Emmy-winning producer Stanley Wilson filed an employee discrimination lawsuit against CNN, as a violation of California labor law, back in 2014 and the case has wound up in the California Supreme Court, partially overturning a previous court decision allowing CNN to wield California’s anti-SLAPP statute to dismiss Wilson’s lawsuit. 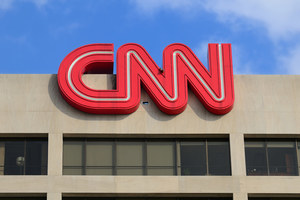 CNN had previously reasoned that terminating Wilson was for purposes “in furtherance” of free speech because he was fired for alleged plagiarism, and the news company attempted to qualify as protected activity under the anti –SLAPP statute.


Wilson, “African – and Latino American”, was 51 years old in 2014 when CNN fired him. He had worked 18 years at CNN, but was only promoted once, in 2003. Wilson blamed Peter Janos, who was promoted to VP and bureau chief and Wilson’s supervisor in 2004, who “demonstrated that he never liked [Wilson] and never wanted him at the bureau because of [Wilson's] protected characteristics, including his race, color, and ancestry, among other things,” according to court documents.

Then Wilson was accused of plagiarizing three sentences from the Los Angeles Times and he was terminated by Janos in 2014. But Wilson filed a complaint, claiming he was fired because of his race, age and the prior discrimination complaints he made. In his lawsuit he claimed emotional distress, anxiety and depression and sought $5 million in damages.

According to the appellate record, CNN provided an email from the copy editor who raised concerns about a story Wilson wrote regarding Sheriff Lee Baca's retirement. The first sentence in question was “who spent 48 years with the department, including 15 as sheriff”; the Times article had identical text, minus the comma.

More CALIFORNIA LABOR LAW News
The acronym SLAPP means Strategic Lawsuit Against Public Participation, a phrase coined in the late 1980s by two law professors who identified a trend of retaliatory lawsuits brought to intimidate and silence opponents and critics who had spoken out in the public sphere, mostly regarding land use and land development issues. These lawsuits seek to “restrict the guaranteed right of free speech or petitioning activity under the California and U.S. constitutions,” wrote A. Marco Turk, emeritus professor at CSU Dominguez Hills, in the California Lawyer Daily Journal.

According to the Media Law Research Center, the scope of these anti-SLAPP statutes vary by state and as of January 2019, the California statute provides the broadest range of protection.

In California, Turk says that in order to prevail, the defendant must show that its speech or conduct fits within one of the categories spelled out in the statute. If it does, the burden shifts to the plaintiff to show that he can show a probability of prevailing on the merits. If the defendant is successful in striking some or all of plaintiff’s claims, defendant will be entitled to collect its reasonable attorney’s fees.