California has always been at the forefront of protecting individuals from workplace discrimination and employment laws. Despite the California labor law, within some groups, discrimination is pervasive. 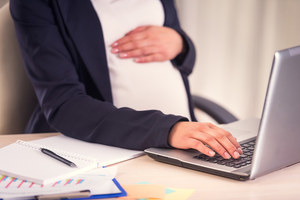 Workplace discrimination takes many forms, such as hiring practices. For instance, someone can be denied a job because of accent. A cloud services company in San Jose, California posted on LinkedIn that a “neutral accent is a must” for the position of sales executive, according to truthbetold news. Discrimination occurs when an employee is the brunt of racial slurs and jokes. Most commonly, wrongful termination occurs in retaliation for making a racial discrimination complaint.

Here are a few recent discrimination incidents and issues.


Uber recently introduced new features in an attempt to get around AB5. But this overhaul of the ride process could lead to discrimination against customers traveling to neighborhoods some drivers perceive as less desirable. One feature shows drivers' trip destinations before they accept rides, which could enable them to avoid lower-income areas. According to the San Francisco Chronicle, drivers have said that being able to avoid out-of-the-way routes and lower-income areas would allow them to maximize their earnings.


A former restaurant employee filed a pregnancy discrimination lawsuit alleging her hours were substantially cut, and she was ultimately fired, after she told her employer she was expecting. According to the complaint, the owner told her that she “should stay home since she was pregnant, that her pregnancy had caused coverage problems, and that (the owner) would offer a position with less pay for more work so that she would not come back from her pregnancy leave.” The restaurant owner agreed to settle for $18,800.


Tesla has a trial set for May 11, 2020, when it faces yet another racial harassment lawsuit. Two former employees, Owen Diaz and his son Demetric Diaz, claim that the California electric car factory was a “hotbed of racial hostility” and they experienced “severe and pervasive racial harassment” in 2015 and 2016 at Tesla’s factory in Fremont, which employs more than 10,000 people. The plaintiffs, who are black, allege they endured repeated racial epithets and racist cartoons and that supervisors did little to stop the racism. The case is Diaz et al v Tesla Inc et al, US District Court, Northern District of California, No. 17-06748.


California Legislature staffers filed 181 misconduct complaints against the Legislature last year, according to CapRadio. The new Workplace Conduct Unit (WCU), a joint Senate-Assembly body formed in 2019 in part as a response to the #MeToo movement, said this amount of harassment and discrimination complaints received was “many more” than expected over the past year. Along with sexual harassment complaints, the WCU looks at harassment, discrimination and retaliation on the basis of a protected class.

More CALIFORNIA LABOR LAW News
CapRadio apparently obtained a letter sent from Senate and Assembly leaders to legislative staff, which stated that the Legislature had 33 sexual harassment complaints in 2017 and 17 complaints in 2018. It spent nearly $2million in 2018 investigating sexual harassment accusations. The Legislative Counsel’s office has in the past declined to make complaints public, arguing that it was exempt under public records law and attorney-client privilege, but it will “continue to release results of substantiated complaints against lawmakers and high level staff.”


Discrimination Complaint – What to Do First


Labor law attorneys advise that employees follow a company’s employment discrimination complaint protocol and if you have a discrimination complaint, write it down politely and request that prompt appropriate corrective action be taken. Include in your complaint how much you value your job and that you want to work in a safe workplace free from discrimination, harassment or workplace violence. And if that doesn’t make an impact, seek legal advice.
READ ABOUT CALIFORNIA LABOR LAW LAWSUITS

Posted by
Natalie Quintero
on March 9, 2020
I have been working for Ready Pac Foods since July 2015 (which is now owned by Bonduelle) and I have experienced Harassment (sexual, psychological, personal, bullying, intimidation and retaliation), discrimination by 2 supervisors and a manager all three males, the most recent was this Friday, I did inform my reporting supervisor of what occurred and he did look over cameras and advised me to go to HR, however I have gone to HR numerous of times and all that has happened is that I get retaliated against even more the last time I had my schedule changed and now I have more new assignments to do because I complained, I have gathered a paper trail of emails and yet the supervisors are backed up by the manager despite HR wanting to terminate the two supervisors, my hours were reduced my schedule was changed they intentionally leave me out of meetings and info that I need to perform my job functions and try to sabotage me when it comes to adp functions, they monitor my time card and tell my reporting supervisor negative comments about me, HR has told these supervisors to leave me alone and yet one of them this Friday used intimidation as I walked into work, this same supervisor had one of his coordinators try to get me fired, what they have been trying to do is over work me and change my schedule so I can get tired and quit and use intimidation to pressure me to not want to come to work.