A proposed class of approximately 3,800 workers appears to be on the verge of settling a class action lawsuit against Sterling Jewelers Inc. Hudson v. Sterling Jewelers Inc. alleged that the jewelry giant failed to pay employee overtime pay, wages and meal breaks in violation of the provisions of California labor employment law. 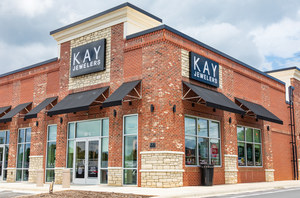 If approved on September 30, the $1.5 million settlement would be used to pay $75,000 in penalties under California’s Private Attorneys General Act, a maximum of $50,000 in administrative fees, a $10,000 incentive award for the lead plaintiff, and attorneys’ fees of up to $15,000. The remainder (roughly $1.3 million) will be shared among workers.

Both sides appear to agree that avoiding litigation is the best solution. The plaintiffs avoid further delay and the chance that the class will not be certified. Sterling Jewelers and related companies have recently faced a spate of employment discrimination and consumer fraud lawsuits that have left its reputation less sparkling and durable than its namesake alloy. Less time in the spotlight may be the better part of valor, as far as Sterling is concerned.

What is Sterling Jewelers Inc.?


The name may not be familiar, but Sterling Jewelers is part of a family of companies that has, since the 1980s, come to dominate the retail diamond market. Signet Jewelers Ltd, the corporate parent of Sterling, operates roughly 3,600 jewelry stores under the name brands of Kay Jewelers, Zales, Jared the Galleria of Jewelry, H. Samuel, Ernest Jones, Peoples, Piercing Pagoda and JamesAllen.com. The company’s annual sales, as reported in the FY 2019 annual report, are $6.25 billion.

Signet sells romance. Its annual report touts core corporate values like appreciation, inclusion and joy – all of which are fairly difficult to square with wage theft and previous lawsuits alleging gender –based employment discrimination, sexual harassment and consumer financial fraud. An effort to mitigate damage to the brand might conceivably have been an element of the company’s decision to settle.


The 3,800 employees making up the class includes all current and former workers who were paid on an hourly and commission basis from November 28, 2013 to the present. They claim that they were not provided uninterrupted 30-minute meal periods and that Sterling did not calculate their regular rate correctly to determine an accurate overtime wage. Those workers who left the company accused Sterling of failing to pay them the bonuses or commissions they had earned prior to their departure. Sterling Jewelers denies all allegations.

California labor law requires that employees who work at least 5 hours per day must be provided with a 30-minute meal break during which they are relieved of all duties. This uninterrupted, duty-free meal period need not be paid. Otherwise, the worker must be compensated at the employee’s regular rate of pay.

All nonexempt employees must receive overtime pay at a rate of 1.5 times their regular rate of pay for all hours worked in excess of 8 per day and 40 per week. The regular rate of pay, on the basis of which overtime is calculated, must include commissions.

In general, termination pay must also include commissions, bonuses and accrued vacation pay that have already been earned.


Hudson takes place against a background of damaging allegations against the Signet family of companies. In April, The New York Times reported on a pattern of sex discrimination and quid-pro-quo sexual harassment at Jared.

The allegations of widespread gender-based pay discrepancies are startling. The other details are stomach-churning. Begin with a manager trainee telling a female sales associate that he wanted to “lick her head to toe.” Go from there.

Earlier in the year, Kay Jewelers and Jared the Galleria of Jewelry agreed to pay an $11 million penalty to the Consumer Financial Protection Bureau for signing customers up for a store credit card and payment protection without their knowledge and giving false information on the card’s interest rate.

More CALIFORNIA LABOR LAW News
In late 2018, Judge Coleen McMahon of the Southern District of New York ruled that Signet must face a securities-fraud lawsuit filed by shareholders alleging the company misled them about the health of its credit portfolio and allegations of sexual discrimination at the firm.

None of these actions are connected to the allegations raised by Hudson. They may be relevant, however, as they relate to the company’s willingness to settle the California labor employment lawsuit. They also suggest abundant reasons for employees, consumers and investors to be alert in their dealings with Sterling, Signet, Jared and related corporate entities.

Posted by
linda norris
on January 31, 2020
From 06/2019 - 01/2020, I was employed FULL TIME for KAY JEWELERS, Nashua, New Hampshire. In that time I earned 42.0 hours of Paid Time Off (PTO). At the same time, I was never allowed by store management to use the earned PTO. I requested usage of this PTO, verbally and in writing more than once. Each time my PTO usage, was DENIED by store management. I RESIGNED, in writing giving 4 + weeks notice, in order to help the store out through the 2019 Christmas Holiday. My long resignation time was cheerfully accepted. At NO TIME, did store management make me aware of
the impending loss of my PTO, without its usage. I have been robbed and stolen from by Signet Jewelers. Is there any recourse to collect on these funds?