“College athletes are workers. Pay them.”

Gov. Gavin Newsome signed the Fair Play to Pay Act into law on September 30. The law would prevent California state and private universities from prohibiting student athletes from making money from endorsement deals. So far, the coverage has focused on looming disputes and likely lawsuits between the schools and the National Collegiate Athletic Association, rather than the finer points of California labor law. 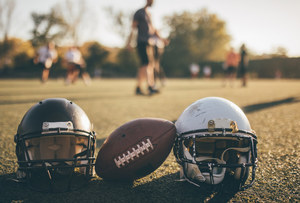 At the heart of the matter though, is an attempt to right a wrong that many see in plain sight. “I think the mythology of amateurism has to be extinguished and removed from our language,” Ellen Staurowsky, a professor of sports management at Drexel University, notes. "College athletes are workers. Pay them." says Sen. Bernie Sanders.


The law, which is scheduled to take effect in 2023, bars public and private postsecondary schools from stopping college athletes "from earning compensation as a result of the use of the student's name, image or likeness." The law would prevent a student from entering into an endorsement relationship that conflicted with the team’s existing contracts.

It permits students to retain state licensed professional representatives (aka “agents”) in pursuit of this compensation. It does not require schools to pay athletes to play, as many have advocated.

The NCAA opposes the law and has threatened to keep California schools out of NCAA competitions. It has conceded that changes are needed, but takes the position that change should be implemented through the NCAA's internal rules-making process and not through a patchwork of state-specific legislation. Some see the delayed effective date of the Fair Pay to Play Act as an effort to move these changes out of the indefinite future and into the present.

Football and men’s basketball are big business for colleges and universities; not so for student athletes; kids carry on


The NCAA reported revenue of more than $1 billion in its audited financial report for the September 2016 through August 2017 sports season. Each college or university makes money from various sources, including ticket sales, television and radio contracts, endorsements, licensing and donors. The lion’s share of this revenue is generated by college football teams.

The college athlete may get scholarship money, money for incidental, non-tuition expenses and the chance at professional career. For most, however, college sports is the end of an athletic career. This is not just because of the risk of injury; some very fine athletes have no professional future; and for some, like female athletes, the avenues for a professional career are still very limited. For these athletes, the window of opportunity to turn athletic talent into income is very brief.

Still, on an Indian summer afternoon in many neighborhoods, the thunk of basketball is the sound of escape.

What if California were to treat student athletes as employees? What if it treated them as independent contractors? Are they still kids?


The legal structure already exists in California, but several problems loom large: Are California student athletes like work/study students – getting tuition support for services? Are they employees? Are they independent contractors? Are they kids?

California has strong protections for employees. Among the tests used to determine whether someone is an employee or a relatively less-protected independent contractor are questions like:

• Whether the person performing services is engaged in an occupation or business distinct from that of the principal; and
• Whether the service rendered requires a special skill.

These tests would put student athletes squarely in the category of contract workers.

Contract workers are protected by the terms of their contracts, but the protection they have depends on the strength of their representation. Granting student athletes the right to professional representation in negotiation of their agreements with educational institutions may be among the most powerful parts of the law.

Among the other considerations, though, is that these strong and talented people are often children. Big children, on the cusp of adulthood, but still children. The potential for abuse on the part of sophisticated actors with monetary motives is frightening.

Who is paying whom with what?

More CALIFORNIA LABOR LAW News
Although the Fair Pay to Play Act tries to address the problem of third-party endorsement contracts, it still does not deal with the fundamental issue. Colleges and universities in California and elsewhere are admitting students to perform a marketing and entertainment function for the financial benefit of the schools without compensating them for their marketing and entertainment work.

Instead, many argue that the institutions are offering an illusory benefit – either the promise of an academic education or the possibility of a professional athletic career – that may have little real benefit to the very young and possibly unrepresented person on the other side of the deal.

Of course, there are exceptions. The NCAA may still weigh in as a powerful voice for athletes. We shall see. In the meantime, the fact that the California legislature has become involved in in the plight of student athletes will certainly shape the conversation in the near future.

Posted by
ted M.
on November 10, 2019
Gruesome Newsom is a punk lib. He makes Jerry Brown look like a Republican. In the shortest time he has proven to be the most crooked Governor this State has ever had.