On December 16, Judge Edward Chen of the Northern District of California denied Uber’s Motion to Dismiss a class action California labor lawsuit that claims Uber drivers were misclassified as independent contractors under standards set out in Dynamex Operations West, Inc. v. Superior Court. However, in Colopy v. Uber Techs Inc., Judge Chen also denied the drivers’ Motion for a Preliminary Injunction. The injunction would have required the ride-hailing giant to begin to treat drivers as employees immediately. 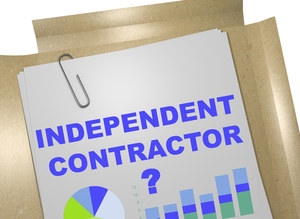 The case has three elements that have now become familiar and will likely figure prominently in California misclassification lawsuits in 2020:  the Dynamex standards, newly codified in California Assembly Bill 5; Uber’s arbitration agreement defense; and some intriguing efforts at public policy arguments aimed squarely at overcoming the arbitration roadblock.


In Dynamex, the California Supreme Court set out a three-part test (often called the “ABC” test because of the paragraph designations in the opinion) for determining whether a worker is an employee or might legitimately be treated as an independent contractor. The three issues are: Unless all three questions can be answered affirmatively, the worker should be compensated as an employee and covered by all the protections of California labor law with respect to breaks, wage statements, overtime, and so on.

Under Dynamex, almost all California workers, including Uber drivers, truck drivers, DoorDash dashers, and freelance journalists would arguably qualify as employees. The threat to the gig economy’s basic labor strategy has been described as “existential.”

As of January 1, 2020, the standards have also been codified in AB5. As a matter of substantive law, AB5 would appear to settle many California misclassification disputes for the future. Procedurally, however, the issue is much murkier.


Many businesses that depend on the work of independent contractors, including Uber, require workers to sign employment agreements as a condition of employment. These often contain an acknowledgement that the worker agrees to be classified as an independent contractor, an agreement to submit disputes to individual arbitration and a waiver of the right to participate in a class action lawsuit.

Some argue that mandatory arbitration places workers at a significant disadvantage. Among these: Given the cost, trouble and the relatively small potential for recovery, many workers don’t bother; they just absorb the loss and move on.

The strategy of requiring arbitration coupled with the U.S. Supreme Court’s recent decision in Epic Systems Corp. v. Lewis, which confirms the enforceability of these agreements, effectively frustrates the policy intentions of lower court decisions like Dynamex and statutory laws like AB5.

This was the reasoning behind Judge Chen’s decision to deny the preliminary injunction in Colopy. As the court wrote:
“Finally, Uber's arbitration agreement—to which many members of the putative class are bound—underscores the fact that preliminary injunctive relief is inappropriate at this stage. This arbitration agreement has been upheld as enforceable by the Ninth Circuit. [citations omitted] … As a result, the number of drivers entitled to injunctive relief is likely to be a small subset of all drivers. The scope of an enforceable injunction is ill-defined at this juncture.”

The new year is likely to see some creative lawyering to deal with the problem presented by arbitration agreements. It is already under way.


Over, under, around or through the arbitration roadblock


AB5 sets out a public policy argument in support of the legislation. This includes:

“harm to misclassified workers who lose significant workplace protections, the unfairness to employers who must compete with companies that misclassify, and the loss to the state of needed revenue from companies that use misclassification to avoid obligations such as payment of payroll taxes, payment of premiums for workers’ compensation, Social Security, unemployment, and disability insurance.”

The legislature declared that the misclassification of workers as independent contractors had been a significant factor in the erosion of the middle class and the rise in income inequality and declared its intention to:

“ensure workers who are currently exploited by being misclassified as independent contractors instead of recognized as employees have the basic rights and protections they deserve under the law, including a minimum wage, workers’ compensation if they are injured on the job, unemployment insurance, paid sick leave, and paid family leave.”

More CALIFORNIA LABOR LAW News
This is stirring stuff for worker advocates and was echoed in the Colopy Complaint’s request for the preliminary injunction. The issue of competitive unfairness was raised in Diva Limousine v. Uber, a class action lawsuit that avoided the arbitration agreement problem because it brought on behalf of competitors.

Although neither argument has been successful, the potential for grounding a California labor misclassification lawsuit on broader public policy grounds seems far from exhausted. It seems a trend worth watching for the near future.