A former Payless Car Rental Inc. employee has asked a California court to grant class action status to a lawsuit that focuses on meal break waivers that were allegedly illegal under California labor employment law. Judge Michael Markman seemed doubtful, but set the next hearing date for November 5. A denial of class action status would likely put an end to the lawsuit, at least with regard to classes of plaintiffs not certified. 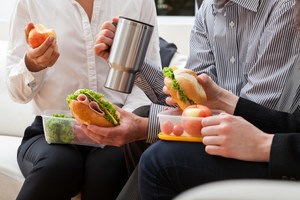 There are two important legal threads to tug at here. The first is that workers should know that an employer’s request that they forego meal breaks may be against the law. The second is an appreciation of how essential class action status is to the enforcement of employee rights in these kinds of widespread but low-dollar violations of law.

What is an illegal meal break waiver?


Meal breaks in California can be waived only under very limited circumstances. Under California Labor Code Section 512(a), an employer and an employee who is not exempt from the protections of the law (nonexempt), may agree that no meal period will be taken if the total shift worked is less than six hours total. Ollison v. Payless Car Rental Inc. presents a fairly typical, and typically problematic, situation in which the waiver agreements employees were asked to sign appear to have covered all meal break periods, regardless of particular circumstances.

Under various California Wage Orders, if the shift worked is more than 6 hours, an employee cannot waive the right to the meal break. The worker does not have to eat, of course, but he or she is entitled to the break. The law is intended to protect workers from undue pressure to work through otherwise legally protected rest periods. There is no exception for an agreement to skip the break in order to leave early. That is likely not enforceable anyway.

Under limited circumstances, an employee may agree to take an “on-duty” meal period. Those who may agree to an on-duty meal include sole employees or those working at remote sites. This agreement must be in writing.

A meal break must be at least 30 minutes long and need not be paid. The employee must be relieved of all duties during that period. Otherwise, the worker must be paid at the regular rate of pay. On-duty meal breaks must be treated as paid time.

Workers who believe that they have been retaliated against for requesting legally-protected meal breaks may be entitled to bring a discrimination lawsuit. The widespread suspicion in the legal community is that workers are unaware of their rights and/or that they decide not to pursue legal action because they fear retaliation. The potential for financial recovery may seem small when compared to the time and effort required. That is the problem that the option of class action status is designed to address.


In California, the legal authority for class action lawsuits is set out in Section 382 of the California Code of Civil Procedure. That section provides that:

“When the question is one of a common or general interest, of many persons, or when the parties are numerous, and it is impracticable to bring them all before the court, one or more may sue or defend for the benefit of all.”

In general, a plaintiff must establish the existence of “an ascertainable class” and a “well-defined community of interest among class members.” Ordinarily, California courts, like federal courts, look for:

In other words, the collection of those joined in the same class action lawsuit must have very similar basic factual issues that relate to the same laws. The lead plaintiff, in this case, Jonna Ollison, should be very typical of the group.

Ollison may be headed into trouble on several of these points. Ms. Ollison, by her own admission, usually took her meal breaks. The court also noted several technical flaws in her application for class action status, including that she did not verify her complaint and did not submit a sworn declaration with the necessary facts. Additionally, Judge Markman noted that a proposed subclass of workers who signed on-duty meal break waivers consisted of only 28 workers, which might not be sufficiently numerous to constitute a class.

Without class action status, the lawsuit might not be prosecutable in a way that is financially viable for the plaintiffs. The situation makes plain the limits of the civil law system in enforcing the laws that protect worker rights.

Posted by
Israel Calderon
on September 8, 2019
No official breaks period;.