After a lengthy investigation into wage theft of Champion Construction Inc., a contractor hired by San Diego general contractor TB Penick, the California Labor Commissioner’s Office found that Champion cheated 103 workers by maintaining false payroll records over a six-month period. Both TB Penick and Champion were held responsible under California labor law and state labor regulators secured over $1.1 million in back wages for the workers. 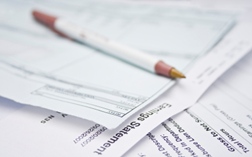 
The Labor Commissioner’s Office was tipped off about Newport Beach-based Champion Construction Inc., a drywall and framing contractor, in March 2016 by the Carpenters/ Contractors Cooperation Committee, which reported public works violations. After interviewing more than 30 workers, site visits and an audit of pay records for dozens of workers involved in the Browning High School construction project, the investigation led to civil wage and penalty assessments of $1,735,784.

According to a statement from the Carpenters/Contractors Cooperation Committee, Jose Lopez, one of the workers who received a restitution check, said he had to move in with his brother because he couldn’t pay the bills. The group of 103 workers received an average of $7,228 upon the employer’s final payment. The settlement also included $8,080 for required apprenticeship training funds and $434,465 in civil penalties.

However, didn’t all general contractors get the memo?

Several of Champion’s workers walked off the job in June 2016, and they filed wage claims at the Labor Commissioner’s Office in Long Beach for nonpayment of wages. (Champion had been hired by a general contractor --Deacon Corporation --for a hotel construction project in El Segundo.)

The Labor Commissioner’s investigation revealed that Champion paid the workers from an account with insufficient funds and then skipped several pay periods for the majority of the workers. Investigators also learned that the Champion employees worked an average of 10 hours a day, five days a week and were unpaid for four weeks.

The Labor Commissioner held Deacon responsible for wage theft—the first time a general contractor was liable for wage theft violations by its subcontractor. And the Labor Commissioner’s Office issued citations against both Deacon and Champion totaling $279,151. Champion didn’t challenge the citations but Deacon filed an appeal, arguing that it should not be held liable, even though it knew that the subcontractor failed to pay their workers.

More CALIFORNIA LABOR LAW News
The Wage Theft is a Crime multi-lingual campaign was launched by Labor Commissioner Julie Su in 2014. Its mandate is to increase public awareness by defining wage theft and informing workers of their rights and resources available to them to recover unpaid wages or report other labor law violations.

According to the California Labor Commissioner's Office, wage theft occurs when employers do not pay workers according to the law. Examples of wage theft include paying less than minimum wage, not paying workers overtime, not allowing workers to take meal and rest breaks, requiring off the clock work, or taking workers' tips. As well, Labor Commissioner's Office can partner with other law enforcement agencies to criminally prosecute employers that engage in wage theft.