Many California Independent Contractors and Freelancers are saying that Bill AB5 is adding fuel to the fire as it further restricts work possibilities.

While the COVID-19 crisis has caused unprecedented unemployment as more California workers are being laid off, many thousands of people, from politicians to independent contractors, say that California Labor Bill AB5 is worsening the economy. 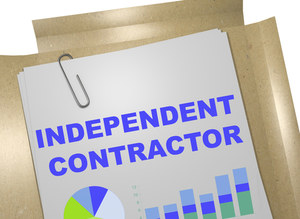 State and federal legislators, small business owners, and more than 150 economists and political scientists say the bill that was introduced in 2019 has “ impeded the state economy and burdened health care systems already strained by coronavirus”. The Washington Free Beacon reported that many hospitals, particularly in rural communities, rely on independent contractors to provide health services, as they lack the resources to support full-time employees. And as thousands of Californians face unemployment due to the pandemic, AB5 makes it nearly impossible for workers to take on temporary jobs from home.

Darrell Issa, Republican candidate for the 50th Congressional District, is asking Governor Newsom to suspend AB5, on the grounds that freelancers should also be allowed to work. But so far governor Newsom has stuck to his guns.

More than 17,000 have joined the Facebook Group Freelancers Against AB5, and politicians are calling for the bill to be repealed. They claim the new law has stripped them of their freedom, flexibility, and livelihoods. One petition, called Freedom to Work, calls upon citizens to “join the fight” and “Repeal AB5 Now”:

The petition states the following:

“In the modern gig economy, millions of Americans make their living as independent contractors. Unfortunately, Sacramento politicians want to put them out of work permanently…AB5 is a law that all but bans the use of independent contractors and empowers government bureaucrats to investigate and impose stiff penalties on small businesses.”

The AB5 labor law was meant to protect over one million gig economy and freelance workers by making them eligible for benefits. It required employers to meet stringent requirements in order to classify workers as independent contractors who do not receive benefits like unemployment and health insurance. Even before the coronavirus crisis, widespread layoffs occurred: companies couldn’t meet the increase in labor costs, which resulted in thousands of freelancers out of work.

More CALIFORNIA LABOR LAW News
While the bill’s author, Lorena Gonzalez of San Diego, says her labor law pushes companies to recognize independent contractors as employees eligible for benefits, many contractors believe this bill has backfired.  Contractors say their rights have been taken away.

Now is the time that flexible employment is needed. From food delivery drivers to online tutors and even online health professionals (medical interpreters typically worked as independent contractors, and many were able to perform their jobs from home before AB5), consumers need to be connected by independent services.

"If you want to minimize economic damage, AB5 makes no sense," Pacific Research Institute senior fellow Wayne Winegarden told the Beacon. "Whether it's health care or the broader economy, AB5 is hurting our response to this virus."