On the heels of the #MeToo movement, California is providing more protection for sexual harassment victims by amending the California labor law, specifically Civil Code Section 47. The goal of the new bill is to encourage more victims of sexual harassment to come forward. And more corporations are eliminating mandatory arbitration agreements for harassment claims: potentially more victims will have their day in court. 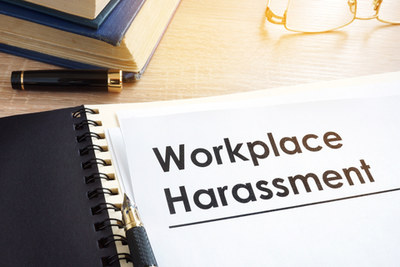 However, the bill hasn’t gone so far as to restrict mandatory arbitration.


Mandatory arbitration means that workers cannot pursue a claim in court if their rights have been violated—such as sexual harassment. Instead they are required to follow arbitration agreements that overwhelming has favored employers.

More than 50 percent of nonunion, private-sector employers have mandatory arbitration procedures, and 65 percent of large companies with over 1,000 employees have them, according to the Economic Policy Institute (EPI). This adds up to about 60 million workers in the US. The EPI also reported on data showing that since the early 2000s, the share of workers subject to mandatory arbitration has more than doubled.

Thanks to the #metoo movement, employers are revising their arbitration clauses. Microsoft took the lead last December when it eliminated mandatory arbitration clauses for sexual harassment claims among its employees. It also advocated for federal legislation to do the same across the workforce. Then Google stepped up, but not until thousands of workers protested big payouts for executives accused of harassment and other misbehavior. Google workers demanded an end to mandatory arbitration in harassment and discrimination cases. Now, arbitration is optional.

More CALIFORNIA LABOR LAW News
Some legal experts predict that more claims will be filed. Debra Katz, a Washington lawyer who frequently represents plaintiffs in sexual harassment lawsuits, told the Washington Post that arbitrating individual cases are often not economically sufficient enough to warrant a lawyer getting involved," meaning it's "more likely that meritorious claims will not be brought."

As reported by Bloomberg, Google committed to the following:

• Making arbitration in sexual harassment and assault claims optional.
• Providing regular, detailed reports about the number of harassment claims and whether they resulted in people being fired.
• Publishing an internal guide to how harassment investigations work at the company.
• More support for people reporting harassment, including the right to bring a colleague along with them to meetings with the human resources department.
• Managers will be expected to discourage “excessive” alcohol consumption at work-related events.
• Skipping sexual harassment training will affect employees’ performance reviews.