Are Tutors Independent Contractors or Employees Under the California Labor Code?

The education company General Assembly agreed to pay $1million to settle an overtime lawsuit brought by two former full-time tutors ( education instructors) who taught at the company’s San Francisco campus. This California labor law settlement may have implications for similar companies that hire independent contractors to work in the education “gig economy.” 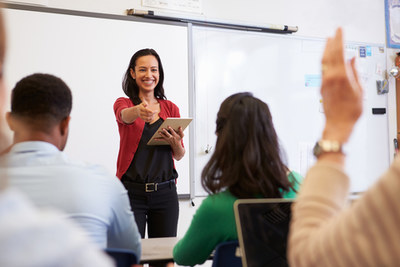 
Two former full-time General Assembly instructors who taught both part-time and full-time courses in fields of technology, business and design often worked 16-hour days without overtime pay. According to the lawsuit they were paid a flat fee despite working 80 hours per week and wrongly denied overtime pay, rest breaks and meal breaks. Further, the company failed to document how many hours they worked. The $1 million settlement involves current and former instructors who reportedly taught with General Assembly from 2013 through this year.


Many companies such as the ride-sharing service Uber and other gig economy businesses are growing and hiring independent contractors, including Education Instruction companies, to avoid paying overtime and benefits. As a result, California misclassification lawsuits are on the rise.

The California Labor Commissioner states that the misclassification of workers as independent contractors costs the state roughly $7 billion in lost payroll taxes each year.


Former instructors were interviewed for EdSurge, a resource site for people involved in edtech, or education technology. Those instructors said they weren’t surprised at the 80-hour weeks at General Assembly. They were often asked to help recruit students at the company’s promotional events and workshops, and stay after class to help students with homework and other needs. Many teachers (some of whom worked for General Assembly) said lesson preparation could take unexpectedly large portions of time and teaching was often a “trial-and-error” process.

More CALIFORNIA LABOR LAW News
Since the settlement was announced, General Assembly has hired coaches to train instructors on teaching with course curriculum developed in-house. Former instructors, however, told EdSurge how they spent extra hours customizing these materials for their lesson plans, and they were told that they had to offer professional expertise on top of the curriculum. In other words, teaching a class is just a portion of an instructor’s workload.


At the end of the day, after legal and admin expenses, 1,214 current and former General Assembly tutors have about $589,000 between them.

General Assembly is owned by Adecco Group, a Switzerland-based company that purchased the startup for $412.5 million, including debt, in April 2018, as reported by Reuters. General Assembly is a private school business started in 2011 that provides training in fields such as data science and analysis. Its revenues in 2017 were about $100 million.