A federal judge ruled last month that an Amazon employee can go ahead with a class action lawsuit seeking to recoup expenses while working from home during the COVID pandemic. Although California labor law requires employers to reimburse employees for all work-related expenses, Amazon argued that the government told workers to stay home. The class action could affect over 4,000 employees working for the tech company at 12 different California locations. 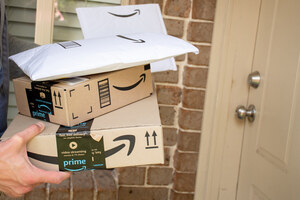 Senior software development engineer David George Williams filed his complaint in Santa Cruz County Superior Court on March 18, 2021. Amazon filed Notice of Removal to United States District Court for the Northern District of California in March 2022 and in a motion to dismiss the case, Amazon said the broadband and utility bills, and similar expenses, aren't the company's problem since it was following shelter-at-home orders, which require employees to stay away from the office. “Even though government authorities effectively ordered him to stay home, he claims Amazon.com Services LLC should foot the bill for any expenses he incurred to work remotely, including basic living costs such as electricity and a portion of his housing expenses,” argued Amazon’s lawyers.

Williams said in his complaint that several thousand workers employed by Amazon in California who coughed up monthly bills of $50 to $100 to facilitate remote work during COVID for at least one pay period, from March 15, 2020, could recoup those expenses in the class action, including internet and electricity bills. Even if the lower range of expenses is reimbursed, ($50) the company would be on the hook for damages of $5 million incurred by roughly 4,000 employees during the relevant period. His lawsuit claims that the giant tech violated California’s labor law Code 2802 – and that Williams incurred those expenses “in direct consequence of the discharge of his or her duties, or of his or her obedience to the directions of the employer.

According to Williams’ complaint, Amazon expected Williams to continue to work from home after the stay-at-home orders were imposed – which may allege liability, even if Amazon itself was not the but-for cause of the shift to remote work. Williams also claims that his expenditures were necessary to do his job: those job duties include software development, “writing design documents for software systems and reviewing those designs with various teams, performing code reviews for other developers, and being on call for production system.” Discharging those duties plausibly requires the use of physical space, internet, and electricity. As well, the complaint alleges Amazon had reason to know that Williams incurred these business expenses, even though he did not explicitly request reimbursement. The major tech company, “surely knew—or at the very least, had reason to know—that its software development engineers who worked from home during the pandemic were incurring basic costs related to that work.”

More CALIFORNIA LABOR LAW News
In his June ruling, U.S. District Judge Vince Chhabria said that, even if Amazon’s argument was true, “that does not absolve Amazon of liability…What matters is whether Williams incurred those expenses ‘in direct consequence of the discharge of his or her duties, or of his or her obedience to the directions of the employer,’” (as per California labor code above).

Juge Chhabria went on. "According to the complaint, Amazon expected Williams to continue to work from home after the stay-at-home orders were imposed. That is sufficient to plausibly allege liability, even if Amazon itself was not the but-for cause of the shift to remote work. Williams also plausibly alleges that his expenditures were necessary to do his job." The judge granted Amazon's request to dismiss the engineer's claims that it violated California's laws alleging "unfair business practices," and gave Williams's legal team 14 days to file an amended complaint.