The General Manager of a Fresno Chipotle who was fired while on medical leave settled her wrongful termination lawsuit for an undisclosed amount.

Long-time valued Chipotle General Manager Jeanette Ortiz was accused of stealing $626 dollars from her employer, but when she asked to see the surveillance footage of the alleged incident, her supervisors refused and destroyed the footage. Subsequently, she went out on medical leave for a work-related injury, and was terminated while out on leave. The pretext for her firing was the alleged theft. After a jury found Ortiz’s account of retaliatory termination persuasive, awarding her $7.9 million in damages, Chipotle Mexican Grill quickly settled the California labor lawsuit for an undisclosed amount to avoid what likely would have been a punitive damages award up to nine times as much as the $7.9 million compensatory damages award. 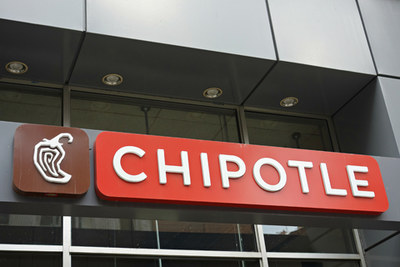 It was undisputed during the jury trial that Jeanette Ortiz was a loyal and hardworking Chipotle employee of 14 years. During her time with the company, she received outstanding performance reviews, and was a valued employee through four pregnancies and four Workers’ Compensation claims. She made a respectable salary of $70,000 a year as a General Manager, and was in talks about getting a promotion that would have paid her $100,000 a year. But things went south and the relationship soured when she was accused of stealing cash from the safe on December 29, 2014. During the trial, three Chipotle employees claimed to have seen the surveillance footage, but an Assistant Manager’s testimony contradicted their accounts. He claims that he saw the cash in an envelope on December 30, 2014—a full day after the others claimed they saw her taking the money on video.


Usually cases settle prior to verdict, to avoid the uncertainty of trial. Although some cases settle even after a jury verdict to avoid the costs of an appeal, in general, it is unusual. In this case, it could indicate that Chipotle was not expecting the jury to be so pro-employee and to buy into Ortiz’s account of a retaliatory pretext. This case, with it’s large jury verdict, could send a message to other California employers and serve to help leverage larger settlements on behalf of wrongfully terminated employees in California.

Generally speaking, when a Plaintiff prevails in a civil lawsuit, they are entitled to compensatory damages—damages that exist to make them “whole again,” as if the alleged incident that caused them some type of harm had never occurred. Punitive damages, on the other hand, are damages that a court may order to punish a Defendant for egregious conduct. They are intentionally very high in order to deter similar conduct in the future. In the employment litigation context, there typically needs to be proof that the employer had knowledge of the egregious conduct, and approved of it or did nothing to stop it from happening. California labor code (California Civil Code Section 3294) provides that wrongful termination of employment claims can warrant an award of punitive damages.

More CALIFORNIA LABOR LAW News
The unanticipated multi-million dollar jury verdict for Ortiz is not the only legal trouble facing Chipotle Mexican Grill these days. A recent Supreme Court decision determined that employers can require their employees to sign mandatory arbitration agreements, waiving their right to pursue class action status. This decision may make it harder for employees to sue for wage theft and discrimination. Back in 2014, around 10,000 Chipotle employees filed a lawsuit against the eatery for alleging violations of California state labor laws. The Chipotle employees claimed that they were forced to work “off the clock.” After the Supreme Court’s May 2018 ruling, Chipotle now claims that 2,814 workers in the 2014 class action lawsuit do not have a viable claim because they signed a class and collective action waiver when they accepted employment with the company. The court has not yet ruled on the issue, and Chipotle continues to fight the California wage and hour class action lawsuit.