Car dealers have been hit hard by the Volkswagen emissions debacle. They have lost business on several levels and they have lost their customers’ trust. But lawyers say they do have legal recourse. Consumers have already filed claims and dealers too can file a Volkswagen Lawsuit. 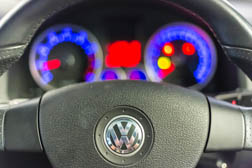 Dealers are stuck with inventory they can’t sell. If they do sell, consumers are buying deeply discounted vehicles. Dealers have been told to stop selling all new and certified used VW diesel cars and the Environmental Protection Agency is not certifying VW’s 2016 diesel vehicles. No wonder VW sales in the United States dropped 25 percent in November while most other car sales have soared. And adding insult to injury, dealers are getting the cold shoulder from HQ in Germany, according to Automotive News.

Because of the German manufacturer’s deception, a number of independent dealers, including some “mom and pop” operations, and non-VW franchisees are filing complaints - mostly federal class-action lawsuits - against Volkswagen. One lawyer who represents dealerships expects dealers to file a class-action lawsuit - soon. (Consumers have already filed 25 class actions against VW.) And attorney Mike Charapp, who also represents dealers, said that “[as a dealer] I’m going to be looking at some potential recourse unless VW steps up and helps me with my business.”

By the end of November, six dealerships filed VW lawsuits. The Young Law Office pointed out to ZDNet that “The longer dealers have to keep stock they cannot sell, the more tempted others may become to join the class action lawsuit list.”

More VW RECALL News
Although Volkswagen has offered about 650 dealers in the United States financial assistance to compensate the emissions scandal, the company hasn’t come up with a plan to resume sales. The automaker has sold approximately 482,000 VW and Audi diesel vehicles with defective emissions testing data in the United States, and about 11 million vehicles worldwide.

Consumers have filed hundreds of federal VW lawsuits nationwide and dozens in Canada. A judicial panel at the beginning of December decided to consolidate over 450 claims into a multidistrict litigation (MDL), to be centralized in California, according to the Los Angeles Times. Makes sense. So many VW drivers are in California, the first federal Volkswagen lawsuit was filed in this state and the defeat devices were purportedly developed in Silicon Valley.

If you or a loved one have suffered losses in this case, please click the link below and your complaint will be sent to a consumer frauds lawyer who may evaluate your VW Recall claim at no cost or obligation.
Request Legal Help Now

Posted by
Andy
on January 2, 2016
Volkswagen has failed to provide clarity on how it is intending to compensate consumers. Recent times have seen increase in lawsuits.