The California Labor Commissioner's Office has cited three California restaurants for wage theft and another is under investigation for unpaid wages and tips.

The California Labor Commissioner’s Office has been busy following up on reports of unpaid wages, tips and overtime. Some employees were paid less than $5 an hour and typically worked more than 10 hours a day with no meal or rest breaks, which violates the California labor law. “Long hours with no breaks and sub-minimum wages are classic examples of wage theft, and employers who make their profit by breaking the law will be held accountable," said Labor Commissioner Julie A Su. 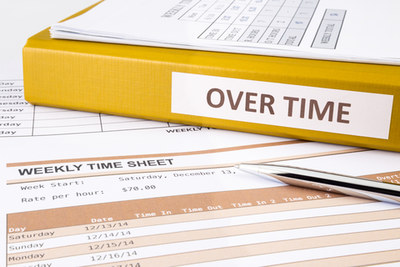 Three restaurants in Southern California--Sanamluang Cafe in North Hollywood, Orchid Thai Cuisine in Arcadia and Orchid Thai in Baldwin Park-- are cited with $1,065,646 for wage theft violations owed to 22 workers. And REV’s in Clovis, Fresno County allegedly owes several workers over $8,000 in unpaid tips and wages.

REV’S has left a bad taste behind. After three years in business, the owners surprisingly closed shop and haven’t been available for comment, according to the Fresno Bee. But they will have to make themselves available to the Labor Commissioner’s Office after four employees filed claims. One former server, Cooper Couchman, claims he is owed at least $400 in tips alone, and he was never given his last paycheck, which should have included earned tips. And taking tips is wage theft.

Servers at REV’S said Brian and Renee Velasquez ran the restaurant. They oversaw the daily operations and are responsible for its problems. But they told the Fresno Bee that they aren’t the owners. The Secretary of State’s office records, however, show that Renee’s parents are the owners. Regardless, an investigation has begun and it is reviewing the last three years of payroll records, which could result in citations, similar to the Southern California eateries.


In some states, employers may pay employees less than the minimum wage, as long as the employees earn enough in tips to make up the difference (called a “tip credit”). California does not allow employers to take tip credits and employees have the right to keep their tips and gratuities.

Under the California Labor Code, a gratuity is defined as, “money left for an employee by a customer above the actual amount due for the underlying good or service.” Tips are not technically a “wage” paid by the employer, which is important when it comes to calculating overtime pay. Tips and gratuities are not included when employers calculate the employee’s regular rate of pay for overtime purposes. Further, cash tips are payable to the employee immediately when they are received, and if the customer pays the tip by a credit card, the tip must be paid to the employee, in full, on the next regular payday after the credit card payment was authorized.

More CALIFORNIA UNPAID WAGES News
The California labor code states that workers are entitled to liquidated damages that equal the amount of underpaid wages plus interest when they are paid less than minimum wage. Waiting time penalties are imposed when the employer intentionally fails to pay all wages due to the employee at the time of separation. This penalty is calculated by taking the employee's daily rate of pay and multiplying it by the number of days the employee was not paid, up to a maximum of 30 days.

Clearly, it doesn’t pay to violate the California labor code.


Despite investigators meeting with the owners of Sanamluang Café after determining their employees were paid a flat rate of $50 for a 10 to 11.5 hour shift each day with no meal or rest breaks, they still refused to compensate workers, who were represented by the Thai Community Development Center and Bet Tzedek Legal Services. So the owners were slapped with additional penalties. The restaurant is still open for business and a few reviews on TripAdvisor say the service is “quick and friendly” with “very good prices”. No doubt the food is “very well priced” because labor is cheap.