The Labor Commissioner’s Office is cracking down on California’s underground economy. Daniel Yu, Assistant Chief with the Bureau of Field Enforcement is charged with making sure employers comply with California labor laws, and that every worker, including illegals, is entitled to full protection. 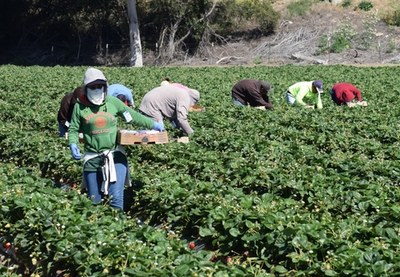 The “underground economy” refers to a business operating off-the-books. Employers typically pay their workers cash, often less than minimum wage, and benefits they are entitled can be denied or delayed because their wages aren’t reported. According to California’s Department of Industrial Relations an estimated $8.4 to $28 billion is lost in unpaid income, insurance and sales taxes due to the underground economy. Two years before that report, a 2013 University of California Los Angeles Labor Center report said the state’s underground economy is estimated at $60 to $140 billion annually. This huge discrepancy alone indicates that there is no way of telling how huge it is, or it’s growing that fast.

The Bureau of Field Enforcement has the authority to conduct investigations, and investigations can start a number of ways. “We often receive complaints from current and former workers who are unfairly paid, along with consumers and competitors who see a business operating in the underground economy as gaining an unfair advantage,” says Daniel Yu. If a business isn’t complying with labor laws, licensing and payroll tax laws, it creates unfair competition, which leads to higher taxes and expenses for those who abide by the California labor code. “Our goal is to recover unpaid wages and level the playing field so every business competes by the same set of rules.”


Workers are protected for unlawful retaliation. Say that a dishwasher is working under the table for less than minimum wage. He wants to file a complaint but is afraid of losing his job, and more. And he is in the US illegally. “We do our best to protect the worker’s identification because retaliation is a real concern,” says Yu. “If we investigate his complaint, we look at the entire workplace; we want to be sure that all the staff are getting paid. We are not in the business of telling an employer that a specific individual filed a complaint against him—instead we focus on labor law violations.”


Yu explains that field workers don’t schedule an appointment, they don’t phone in advance. They just show up at the workplace, interview workers, managers and employers, and any other parties who may be involved. They look at time and payment records. “We have subpoena powers but for the most part, employers cooperate,” he says.

The length of time an investigation takes depends on the number of employees involved and how many issues are identified. “We might conduct a comprehensive audit; we might investigate a small restaurant with five workers or a large corporation with hundreds or workers,” says Yu. “Minimum wage, overtime and meal break violations are most commonly alleged, along with split shift premium allegations in the restaurant industry.” (Workers who earn the minimum wage per hour are entitled to additional pay known as a “split shift premium” when their schedule includes a split shift. The premium is equal to one hour of pay at the rate of the minimum wage.)

More CALIFORNIA UNPAID WAGES News
Yu says his department often interviews workers over a certain time period. “We have a protocol to provide information and we have a retaliation unit,” he adds. “It is not uncommon to return to the business and make sure the employer is complying, depending on the severity of the violation. Regardless of how an employee is paid, we want to make sure they are getting paid the right amount.


“We see many reasons why workers are hesitant. We are not a tax agency and by coming forward with a complaint a worker who is paid under the table will not get into trouble with our agency. We are not concerned with their immigration status.

We want workers to know that there is a venue for them and we can help with unpaid wages—keep your own records and pay stubs, especially when you see signs of any issues. We want everyone to get full protection under the California labor law.”