Sephora Accused of Shorting Workers for Time to Don Makeup

To Win a “Donning and Doffing” Lawsuit, Keep Your Own Time Records

Cosmetics retailer, Sephora, has recently found itself embroiled in several California unpaid wages lawsuits. The allegations are similar from lawsuit to lawsuit, and so are the plaintiffs’ evidentiary problems. 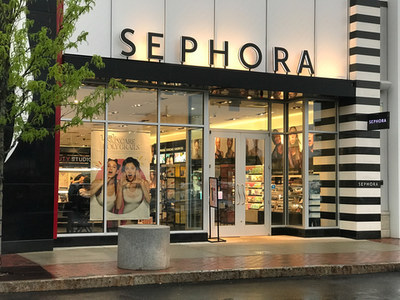 Basically, Sephora is accused of failing to pay workers for time required to go through security, put on makeup before shifts and complete other work-related tasks. The biggest issue for the plaintiffs is that there are few, if any, records of the uncompensated time.

Of course there aren’t. Why would an employer document its own violations of California and federal wage and hours laws? More to the point, what can workers do to protect their legal rights?


Under the federal Fair Labor Standards Act (FLSA), employers must keep complete and accurate records of time worked. The finer points of the law generally deal with what counts as “time worked,” but it certainly includes time spent performing regular duties either before or after a regular shift unless that time is insubstantial or de minimis. Manufacturing workers must be paid for the time they spend changing into and out of protective clothing and safety gear, if it is a “principal activity … integral and indispensable” to their work. They must also be paid for time spent walking between their workstations and locker rooms where they put on and remove their gear.

California employers are similarly required to keep accurate records of total daily hours worked. Until recently, the question in California had been whether very brief periods of pre-or post-shift time, including the time required to put on or take off work gear, was excluded from the definition of “hours worked.”


These lawsuits are easy to ridicule. “Should deputies be paid for putting on their pants?” is a classic headline.

This is less than funny, however, for employees who see themselves losing ground in the fight to be paid a fair wage for their work – all of their work—even the extra ten, twelve or twenty-five minutes which gets brushed off as good citizenship. Consider the possibility that the employee who works for seven off- the-clock minutes at the end of a shift may then docked for being late to a second job.

The Troester case, decided by the California Supreme Court earlier this year, makes it clear that the de minimis exception to the hours-counting rules in FLSA does not apply in California. If putting on work pants before an assigned shift is a “principal activity … integral and indispensable” to the work, then workers are entitled to be paid.

Pants – eye shadow – it’s legally all the same. If selling eye shadow is your job, and you must wear it to sell it, then you are entitled to be paid for the time it takes to put it on.

The Sephora workers offer considerable evidence that they are expected to wear and maintain their makeup as part of their work duties. This will surprise no one who has strayed into a Sephora. At first blush (apologies), their argument that they should be paid for the time necessary to apply cosmetics in order to sell cosmetics seems on fairly solid, albeit new, legal ground.

The problem, however, is with the evidence. This affects both a determination of Sephora’s liability, and the all-important issue of whether the lawsuit can be certified as a class-action lawsuit. Without the latter, there may be no economically viable path forward for this litigation.


This is a largely self-help situation. If employers are required to keep accurate records of time worked, employees are required to do them one better because that is the enforcement mechanism.

In California, an employee who believes that he or she has not been paid as required by law may file a Wage Claim or bring a lawsuit. In either case, the outcome depends on the evidence – and the evidence may be up to the worker.

Employers are required to provide employees with detailed wage statements each time they are paid. Workers should save those. In addition, however, especially when the issue is the failure to count some time worked, employees may have to provide some of their own independently-maintained time records to document the disparity.

More CALIFORNIA UNPAID WAGES News
The California Labor Commissioner makes the following frank suggestions: “Write down the time you begin and end work every day, when you take meal and rest breaks or heat recovery breaks, and the total hours you work. If you are paid by contract or piece rate … [k]eep track of the amount of time you spend on each contract or piece so that you can compare your total wages with the work you completed.”

Fortunately, some of this timekeeping may be done electronically. Without making a recommendation, it is interesting to note that even the U.S. Department of Labor now offers a smartphone timekeeping app.

The bigger picture for those who feel that they have been the victims of wage theft has three parts: The law is turning towards your side. But you have to come into the arena with evidence. The evidence part may be up to you. Legal help is also available.