Workers May File Claims for Back Wages

In early September 2018, the California Labor Commissioner’s Office fined six garment contractors a total of $573,704 for labor law violations after uncovering a scheme where the contractors operated illegally under one license to avoid complying with California wage and hour laws. But what happens to the workers? Garment workers making far less than minimum wage, most without legal status, are hardly likely to bring California unpaid wages lawsuits. The best answer may lie in California’s specialized garment worker wage claim adjudication process. Even that may require some legal assistance, though. 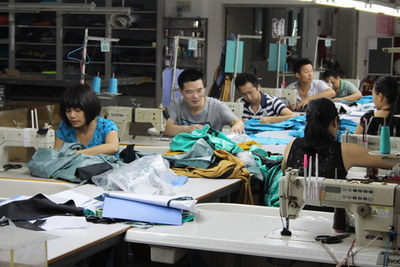 Many Employers, One License


Following a tip in July, investigators found 57 employees working at a worksite operated under the name Pure Cotton, Inc. Most of them worked up to 65 hours a week for less than minimum wage and without overtime. Few were covered by worker’s compensation insurance. Two workers, ages 15 and 16, were operating industrial sewing machines in violation of California’s child labor laws.

Pure Cotton had no employees. Its owner, Kyung Ho Choi, claimed that he collected rent but denied any involvement in the manufacture of garments. His brother-in-law, Kuong Chan Kim, claimed that all of the workers were employed by his company, Union Supply, Inc., which was registered as a garment manufacturer. Further investigation, however, revealed that four other garment manufacturing contractors were operating in the building without garment licenses. Kim charged each contractor a fee for the use of his license and insurance coverage, which concealed the actual number of workers. Most of the workers actually worked for the four other contractors. Shared use of a garment manufacturing registration is illegal.

Based on the number of employees, the Labor Commissioner cited the six employers for between $500 and $240,300. These fines go into the coffers of the state, however, not to the workers who were cheated of their wages.


Wage theft is endemic in the garment industry. In 2016, the U.S. Department of Labor (DOL) investigated 77 Los Angeles garment factories and found that workers were paid as little as $4 and an average of $7 an hour for 10-hour days spent sewing clothes for retailers including Forever 21, Ross Dress for Less and TJ Maxx. One worker reportedly made as little as $3.42 per hour during three weeks of sewing TJ Maxx clothing. The same investigation found that 85 percent of Los Angeles garment manufacturers violated California wage and hour laws.

From a law enforcement perspective, it is a source of frustration that, although the contractors who make garments can be caught and fined, the brand-name retailers whose pricing structure incentivizes wage theft may escape legal liability. Further, enforcement priorities seem to focus on punishing wage theft rather than making garment workers, most of whom are undocumented Latinos, whole. Lots of legal action – not much benefit to those who work at substandard wages to put food on the table.

How To Get Paid


The workers’ imperfect solution may be to file a claim under the Garment Worker Protection Act, also known as AB 633. Under this law, garment workers who are not paid as required by law may file claims against the contractor who hired them, the manufacturers whose garments they produce, and sometimes the retailer. Under California law, these manufacturers and retailers are seen as guarantors. Even though they have no direct contractual relationship with the worker, they must guarantee that garment workers receive legal wages.

The Labor Commissioner has made it clear that workers have a right to file claims regardless of place of birth or whether the claimant has authorization to work. There is no requirement for a Social Security number or photo identification. In addition the Labor Commissioner's Office says that it will not ask about immigration status or report immigration status to other government agencies.

Nonetheless, the process of lodging a claim is not necessarily simple. Claims are filed by completing a Garment Initial Claim form, available in Spanish or English. The form can be mailed or hand carried to any of the Labor Commissioner’s district offices. A Deputy Labor Commissioner may help a claimant to complete the form in the Los Angeles office. Otherwise, help is available only via phone conference.

More CALIFORNIA UNPAID WAGES News
The claim form requires extensive information about the employer and evidence such as pay stubs. The process is also subject to strict time limits. The wage claim process is not available to independent contractors. Employees who have been misclassified as independent contractors must take additional action to clarify their working status.

The process of adjudicating the claim will also require an investigation and an attempt to settle. Workers should expect the claims process to take between six and nine months from the date of filing. It is for these and other reasons that many workers choose to seek legal help in making a wage claim.

What does a sweatshop bust mean for workers? Enforcement mechanisms are there, but not perfect, yet. Claimants should make their claims, but they should be forewarned and forearmed.