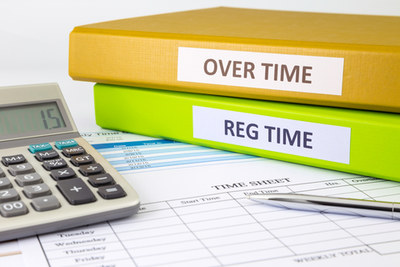 Among other things, the shift managers claimed that they were asked to drop off bank deposits while out for lunch. Count on shock, horror and no small measure of mockery from employer groups.

Asking workers to do a few extra tasks during a meal or rest break may not seem like a big deal – hardly worth nearly two million dollars. But Arteaga, like the now-seminal Troester v. Starbucks Corp. decision, illustrates a truism about wage and overtime lawsuits.

It’s the small dollar violations, committed over and over again sometimes over a period of years, that undermine worker protections and deprive hourly employees of their legally-protected wages. It’s the little things that count.


The California Labor Code requires that employees who work more than five hours per day be offered an unpaid thirty-minute meal break. An employee may waive the meal break, but only if she or he works no more than six hours per day.

Nonexempt employees (those who work in a professional capacity) and independent contractors are not entitled to the protection of the meal break rules. The field of battle thus moves to whether employees are correctly classified as exempt or nonexempt. Certain unionized employees are also not covered by the law.

I know you’re on lunch, but while you’re out could you please just do this? Just this once?


An employee who is not relieved of all duty during his or her lunch break is still considered “on duty.” This includes employees who are relieved of all duties but must remain on the work site. An on-duty meal period is counted as hours worked and must be compensated at the employee's standard rate of pay. This was the specific issue in Arteaga.

Similar rules apply to workers who are required to be "on call" during a meal or rest break. If you are required to be available to do work tasks during a break in California, then you are actually at work and you must be paid. We can see where this trend might otherwise go. And no, your employer cannot unilaterally cancel your meal break when things get busy.


Related rules require California employers to offer uninterrupted 10-minute rest breaks for all nonexempt employees whose total daily work time is at least three-and-a half hours. These mandatory rest breaks must be offered at the rate of 10 minutes for every four hours worked or major fraction thereof. Anything over two hours is considered to be a "major fraction" of four.

Employers must treat rest periods as hours worked, and must pay for them as time worked. Rest breaks, unlike meal breaks must be paid for at the worker’s regular rate of pay.

According to a recent California Supreme Court decision, employers must relieve employees of all duties during rest breaks and relinquish any control over how employees spend their break time.


Even the California Chamber of Commerce admits that “[m]eal and rest break compliance continues to be the source of a great deal of litigation for California employers.” Viewed from the other side, if you think you have been shorted, you may be right.

More CALIFORNIA UNPAID WAGES News
Workers who believe that they are being underpaid because of meal and rest break violations have a number of choices, dictated in part, by the fact that the individual dollar amounts at stake tend to be small.

One practical option, where only a single individual is affected, may be to file a wage claim with the California Labor Commissioner’s Office. Alternatively, like the plaintiffs in Arteaga, workers in a larger group may choose to pursue a class action lawsuit. Either way, help is at hand.

Employees should be prepared to act promptly, as the statute of limitations is very short – only three years for unpaid meal and rest breaks. Claimants should also be prepared to gather considerable information about the employer and the particular payment complaint including pay stubs and other records.