More CALIFORNIA CAR ACCIDENTS News
Breakneck speed is not always the reason behind California car accidents—sometimes technology is the culprit. Such was the case on August 29, 2008, when Martha Ovalle, who worked as a nanny, was struck and killed by an SUV while crossing the street near Dover and Westcliff drives in Newport Beach. 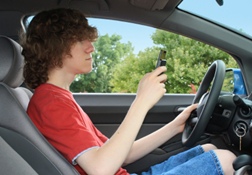 According to Orange County prosecutors, Martin Bert Kuehl had braked his SUV at the signaled intersection, but failed to notice when the light turned green, due to the fact he was busy texting on his cell phone. When the driver behind him laid on the horn, Kuehl lurched forward, hitting and killing Ovalle, who was still in the crosswalk at the time.

It was not reported why Ovalle was in the crosswalk when the light turned green. Nonetheless, traffic laws dictate that vehicles give pedestrians the right of way. According to prosecutors, Kuehl admitted to Newport Beach police officials that he did not see Ovalle in the crosswalk prior to hitting her, even though he had an unobstructed view.

In January, Kuehl was convicted of vehicular manslaughter. The Los Angeles Times reports that the driver was sentenced on April 9 to four years in prison for killing a pedestrian while texting on a mobile device.

It is not known if Ovalle's family sued for wrongful death.

Click to learn more about LawyersandSettlements.com
LawyersandSettlements.com - A trusted, independent legal news provider bringing quality news and information on all legal cases and lawsuits filed in United States of America to its readers since 2002. Over 250,000 legal help requests including Accidents, and Automotive accidents have been forwarded to lawyers all across to the country.