Attorneys representing plaintiffs in a class action against Ferring Pharmaceuticals concerning its infertility drug Bravelle have added more plaintiffs to the lawsuit, including an organization providing medical benefits and prescription drugs to Philadelphia city workers. 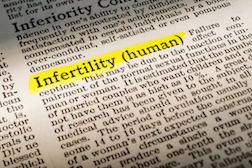 The class action was filed in November 2015 by 13 plaintiffs just a month after Ferring voluntarily recalled all lots of the infertility medication Bravelle, the brand name version of the generic drug urofollitropin, which was sold in the US between March 2014 and October 2015.

Bravelle stimulates egg maturation and multiple follicular development in women who are unable to produce and release eggs. Bravelle is often used in intrauterine insemination and in vitro fertilization, which are reproductive technologies.

Following its Bravelle recall, Ferring is offering reimbursement for out-of-pocket expenses to purchase Bravelle but not for costs of fertility treatments. Among class plaintiffs, out-of-pocket costs ranged from $2,500 to as much as $35,000 each.

"Had plaintiffs known prior to purchase that the Bravelle they bought suffered from sub-potency issues, or even that it had the potential to suffer from sub-potency issues, they would not have purchased the drug and would not have paid the costs associated with the related medical treatment of which Bravelle was an integral part," according to the lawsuit.

Judge St. Eve also extended the deadline to May 12, 2017 for Ferring Pharmaceuticals to amend pleadings and join parties to the class action.

Posted by
Sonya
on July 6, 2017
I used this drug, I was part of the expired lots. This was our last try, we financially could do another round of IVF. I ended up needing an urgent hysterectomy last year due to the amount of drugs I had taken. I'd like to be part of any class action lawsuit.