While plaintiffs, both in Canada and the U.S., are joining Bravelle Infertility drug lawsuits against manufacturer Ferring Pharmaceuticals, some couples and individuals have exhausted their finances due to the allegedly ineffective fertility drug. And time is not on their side. 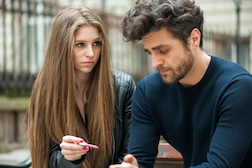 In October 2016 tests showed that four lots of Bravelle, sold between 2014 and 2015 in the U.S. and Canada, had displayed "reduced potency" and could result in lessened therapeutic effect. The company said that "manufacturing issues" slowed the release of new batches of the infertility drug. Ferring hasn’t explained much about why Bravelle has reduced potency, but of course drugs have a shelf life.

Attorney Douglas Lennox with Klein lawyers in Vancouver–to date they are representing 400 clients in Canada—says the recalled Bravelle lots failed stability testing. “These batches that were shipped [to the Genesis Fertility Centre and other fertility clinics] lost their potency and didn’t survive,” Lennox explains. “I don’t know the specific mistake but I do know these lots didn’t meet the shelf life guarantee. So, when people got their injection and returned at a later date to collect the eggs, there were no eggs.”

Plaintiffs Amanda and Joep Olthuis in Vancouver are also suing Ferring for other related health care costs, out-of-pocket expenses such as travel, loss of income, pain and suffering, as well as the "loss of opportunity to have biological children." Ferring stated that "manufacturing issues" have slowed the release of new batches of Bravelle. Plaintiffs’ lawyer said in a statement of claim submitted to the B.C. Supreme Court that, "The Defendant may have squandered these women’s last opportunity to get pregnant, causing serious mental and emotional harm to couples who now may be unable to start families of their own.”

And in a statement to the CTV News (Feb 2016), Michael Seckler, the general manager of Ferring, said that, "Distribution of Bravelle has been halted while an analysis to establish the root cause of the issue is carried out.” While people are waiting for new batches of Bravelle, Lennox is waiting to get information from Health Canada and move forward with the Bravelle class action lawsuit.

“Health Canada has a big file on this drug and we made a request under the Access to Information Act, but don’t have it yet,” says Lennox. “We have appealed to the Information Commissioner, but they have to review it and get third party approvals. We won’t get this information until the fall, so getting the evidence needed is a stumbling block. The defendants could provide me with information needed but of course they don’t.

“Time is a very important factor for these people and it is very sad,” says Lennox, “but our Canadian court system is not set up to do anything quickly.”

Meanwhile, Lennox says his clients are not happy with the refund offered by Ferring. The treatment program cost Amanda and Joep Olthuis $14,000 Cdn, but Ferring only offers a refund of about $2,500. In their lawsuit, the couple argue that Ferring should reimburse them for the total cost of the IFV cycle, and more.

More BRAVELLE INFERTILITY DRUG News
"It took us two years to save up the money. I had to work six days a week … we didn't go to movies, we didn't go out for dinners," Olthuis told CTV News. "We scrounged, scraped and saved for two years because we wanted a family."

They are not alone. South of the border, a couple in Austin say in an email to LawyersandSettlements that they went through three cycles using Bravelle, to the tune of $40,000. “We were reimbursed for the Bravelle infertility drug alone after the recall, but that doesn’t add in all the work involved with daily injections for two attempts at pregnancy and both failing…We cannot afford to try again, until we can pay off the loan borrowed for the procedure…”

And Sonya in California says that her IVF “was not successful, and that was our last effort as we had spent so much money trying to get pregnant…”