Were you looking for Bravelle Fertility Drug Allegedly Ineffective lawsuits?

Ferring Pharmaceuticals faces allegations that its Bravelle fertility drug is ineffective following a fall 2015 recall of certain lots of the drug. The Bravelle recall reportedly concerned lots of the drug that were not as strong as specified, resulting in a lessened therapeutic effect. Bravelle lawsuits have been filed in the United States and Canada alleging breach of warranty and other liabilities.

Send your Bravelle Infertility Drug claim to a lawyer who will review your claim at NO COST or obligation.
GET LEGAL HELP NOW

Bravelle (known generically as urofollitropin) is a fertility drug administered via injection. According to the Bravelle website (bravelle.com), it contains follicle stimulating hormone and luteinizing hormone activity which stimulate ovaries to make eggs.

In September 2015, Ferring Pharmaceuticals announced a recall of Bravelle after it was discovered that certain lots of Bravelle were found to be of reduced potency before their expiration date. A reduction in potency potentially affects the therapeutic effect of the drug. The company offered a reimbursement for patients who purchased the product in the United States between March 27, 2014 and October 15, 2015. 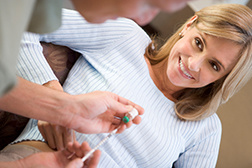 A Bravelle lawsuit has been filed in New York against Ferring Pharmaceuticals, alleging the company breached express and implied warranties and violated New York General Business Law. The suit, filed by a couple who used the fertility treatment, alleges Ferring did not take appropriate steps to ensure Bravelle was effective for its intended use. The lawsuit (case number 2:16-CV-01857) seeks class action status.

Meanwhile, a class action lawsuit has also been filed in British Columbia, by a couple who says they saved for years to afford IVF treatment, only to have their hopes of having a child ruined by an ineffective drug. Although Ferring offered to reimburse the cost of the drug itself—around $2,500 according to CTV News (2/16/16), the couple says that the entire cost of IVF treatment was $14,000 and they should be reimbursed for the whole IVF cycle because they would not have done it if they knew the drug would not work.

If you or a loved one has suffered similar damages or injuries, please click the link below and your complaint will be sent to a Drug and Medical Device lawyer who may evaluate your claim at no cost or obligation.
Please click here for a free evaluation of your Bravelle Infertility Drug claim
Last updated on Jun-16-16

Vancouver, BC: While plaintiffs, both in Canada and the U.S., are joining Bravelle Infertility drug lawsuits against manufacturer Ferring Pharmaceuticals, some couples and individuals have exhausted their finances due to the allegedly ineffective fertility drug. And time is not on their side.READ MORE
Additional Plaintiffs Join Bravelle Class Action

Chicago, IL:An Illinois federal judge has extended until April the deadline to allow plaintiffs on a Bravelle class action to join additional parties to the lawsuit.READ MORE