There is one in every crowd—or in this case, eight. As much concern as there was for the BP Oil Spill and the impact it would have on the lives and livelihoods of those directly affected, recent reports suggest that winter tourism at least is returning to normal levels in those areas. Meanwhile, there are reports of individuals defrauding BP and the federal government over compensation claims. 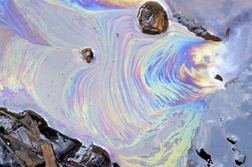 The New York Times reported on December 11 that eight individuals have been charged by the Department of Justice for making bogus damage claims.

Cam T. Hang is one such individual. It was reported that the Louisiana resident submitted a claim for $42,000 from the $20 billion compensation pool financed by BP for business losses to a restaurant that allegedly does not exist.

There's only one problem. The sister of Charlette Dufray Johnson is deceased.

The same woman is also alleged to have filed in the neighborhood of a dozen claims totaling nearly $80,000 related to other disasters such as Hurricane Katrina, various storms originating in Georgia and Tennessee, and a wildfire in California.

''The charges announced today send a strong message that we will not tolerate any fraudulent activity designed to profit from this tragic oil spill,'' said Assistant Attorney General Lanny A. Breuer.

More BP OIL SPILL News
Among the eight charged by the Department of Justice for Gulf of Mexico oil compensation fraud is Kevin Hall, a Michigan man who claims to be out $9,000 for lost business at an ice cream stand in Pensacola, Florida—the type of losses experienced by many when, at the height of the oil spill and clean-up efforts, the tourists stopped coming. Hence, fewer ice cream sales.

However, it is alleged that the ice cream stand also does not exist.

''The fund is working closely with the Department of Justice," said Kenneth Feinberg, the administrator of the BP oil rig spill compensation fund. "We are internally reviewing hundreds of suspicious claims, and we are going to send any we deem fraudulent to the Department of Justice.'' The indictments were announced December 10 against people in Louisiana, Alabama, Mississippi, Texas, Michigan and North Carolina.
READ ABOUT BP OIL SPILL LAWSUITS

If you or a loved one have suffered losses in this case, please click the link below and your complaint will be sent to a criminal law lawyer who may evaluate your BP Oil Spill claim at no cost or obligation.
Request Legal Help Now

Click to learn more about LawyersandSettlements.com
LawyersandSettlements.com - A trusted, independent legal news provider bringing quality news and information on legal cases and lawsuits filed in the United States of America to its readers since 2002. Over 650,000 legal help requests including Criminal Law Cases have been forwarded to lawyers all across to the country.