BP Steps Up to the Plate in Alabama

The Deepwater Horizon oil spill may have fallen away from the news headlines, but millions of Americans along the gulf coast are still struggling with the aftermath of the worse oil spill in American history. In the vacation town of Orange Beach, Alabama, the Deepwater oil disaster threatened to delay a $500 million condominium project. The developers, Brett/Robinson, were prepared to sue BP for the damage done to the future of the Phoenix West II project. But, this time, there's no need to pencil in months of courtroom time and prepare for expensive litigation. 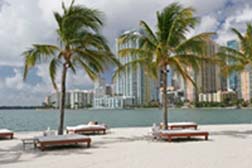 "BP just stepped up to the plate and realized this project was critical to jump-starting the economy in the region," says attorney Jim Thompson from the firm of Hare, Wynn, Newell & Newton. "There was no lawsuit filed, there were no threatening letters. BP simply saw the importance of the project and offered $37.2 million to Brett/Robinson to complete the work."

The little town of Orange Beach has a population of about 12,000 people. During the summer season, Alabama's white beaches and sparkling water draws thousands of tourists. After the oil spill, the condo sales in the Phoenix West II project crashed. "My clients are experienced, committed developers, " says Thompson. "But the project was being funded by the sales of condos. You could look down the road a long way and not see a completion date under the circumstances."

"We didn't go in rattling swords or thumping chests saying look how big and bad we are and look what we are going to do to you," says Thompson. "Instead, we just put our heads together with BP and said let's come up with a solution. "

"It is so refreshing to have a company step up and say 'look, we didn't cause all your problems, but we have a tough situation here and we are going to take the lead on it.'"

"It's usually a war when you go toe-to-toe with big companies," says Thompson. "We file a lawsuit, they file an answer and everybody gets mad. But that was not the case here."

More BP OIL SPILL News
By conservative estimates, the 38-story condo should be completed by the end of 2012. It means that rather than have an incomplete building scarring the landscape and serving as a reminder of BP's Deepwater disaster, people in Orange Beach can look forward to an influx of cash and a better future.

The $37.2 million coming out of BP's wallet is separate and apart from the compensation fund that was set up after the spill. "BP has shown it means to do the right thing in Alabama and it sets a tone for the other claims being made," says Thompson.


Jim Thompson is an attorney with Hare, Wynn, Newell & Newton. Thompson has been a trial attorney for 40 years and has recovered millions of dollars in verdicts and settlements on behalf of clients in wrongful death suits, class actions, aviation accidents and catastrophic injury cases. He was the lead counsel in a class-action suit against Microsoft on behalf of several thousand businesses and residents in the state of Florida, which resulted in a settlement of $200 million.

Posted by
Spencer Roane
on May 6, 2015
If units were pre-sold before or during construction, the owners of those units paid million of dollars in unexpected mortgage pmts. because the completion of the building was extended. How were the owners of the units in this building compensated from the proceeds of this BP settlement?