Are Benicar Generics Flying Under the Radar?

Drug maker Daiichi Sankyo has now offered $300 million to settle more than 2,000 Benicar lawsuits based on allegations that blood pressure medications, Benicar, Benicar HCT, Azor, and Tribenzor caused serious gastrointestinal injuries. But Mylan Pharmaceuticals Inc., Apotex, Inc., Lupin Pharmaceuticals Inc. and Ascend Laboratories LLC are in various stages of marketing generic Benicar in the US. A Canadian version of Daichi Sankyo’s Benicar, sold under the name Olmetec, is also available to Americans who manage to do their prescription shopping over the border. Cost-conscious consumers may miss out on information about Benicar side effects when they buy essentially the same drug under another name. 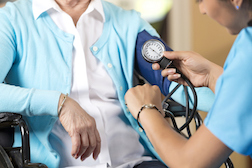 Benicar has been liked to a gastrointestinal condition known as sprue-like enteropathy as well as various forms of colitis. The symptoms are particularly nasty, including diarrhea, vomiting, pain, significant weight loss, malnutrition, and kidney failure, to name a few. Further, since the symptoms may not appear until months or years after treatment with Benicar begins, the cause of a patient’s distress can be difficult to diagnose. The suffering may continue for a long time before a physician realizes that the medication is at fault.

Daiichi Sankyo held an exclusive patent on Benicar until April of 2016 and an exclusive right to market a generic product for 180 days thereafter, a period long since expired. Mylan Pharmaceuticals, Inc. first applied to produce a generic version of Benicar in April of 2006. Apotex, Inc. filed another application in June 2012. In June 2016 the FDA gave Ascend Laboratories LLC tentative approval to make a generic version of the drug. In April 2017, Lupin Pharmaceuticals received full FDA approval for generic Benicar tablets. Full FDA approvalDrug companies have been eyeing this opportunity for a long time.

More BENICAR News
However, there is no indication that any of these medications are safer for patients than the original drug was. Nor do patients have a better opportunity to be aware of the generic pharmaceutical’s potential side effects. The boxed warning for Ascend Laboratories’s version of the drug, for example, mentions only fetal toxicity. Information about the danger of sprue-like enteropathy is buried far down in a later section dealing with warnings and precautions.

The ultimate remedy, of course, lies with the FDA and more stringent requirements with respect to drug trials and warning labels. Until then, patient activism and the plaintiffs’ bar can play an important role in making sure that consumers have the information they need to make good health decisions.