Benicar Settlement Will Have No Material Financial Impact to Daiichi Sankyo

It appears as if the recent announcement that Benicar manufacturer Daiichi Sankyo will make available $300 million to settle claims over Benicar side effects will not prove to be a hardship for the Japanese drug maker. The Reuters news agency (08/01/17) reported last month that according to a statement from Daiichi Sankyo, the settlement is expected to be funded by a collective of insurance companies underwriting Daiichi’s liabilities. As such, Daiichi Sankyo said the settlement would not have a material impact on its financial position. 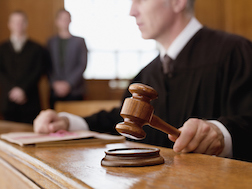 If the settlement even goes forward at all. The drug maker, in announcing the settlement agreement, provided a window of a few short weeks for potential claimants to ‘sign on’ to the settlement. Journalist Brenda Craig, writing for Online Legal Media noted the average settlement could amount to $100,000 per claimant – before a mandated deadline of August 23 of this year.

That deadline passed about three weeks ago. Daiichi Sankyo also noted in a statement published in Reuters that the settlement would only become finalized if a minimum of 95 percent of claimants agree, or opt in to the settlement.

There is no information at this juncture if that target has been met.

Benicar has been described as an effective medication for the lowering of high blood pressure, or hypertension. Reuters reports that the active ingredient for Benicar, olmesartan medoxomil, was approved by the federal regulator in 2002. However, the US Food and Drug Administration (FDA) mandated a label change to Benicar after various studies suggested a link between Benicar and sprue-like enteropathy– a serious gastrointestinal condition characterized by dehydration, chronic diarrhea, and illness and weight loss. Many plaintiffs have wound up in the hospital. Others found chronic diarrhea to severely impact their livelihoods and lifestyle, given the need to be within close proximity of washroom facilities.

More BENICAR News
In 2013 the FDA compelled Daiichi Sankyo to update its product label for Benicar to reflect an association with sprue-like enteropathy. Plaintiffs claim the warning came 11 years too late, and have launched Benicar defective product lawsuits amongst assertions the manufacturer failed to adequately warn of the potential for illness and weight loss, as well as other Benicar side effects.

Daiichi Sankyo continues to stand behind Benicar, and defends the settlement. “We believe a settlement is in the best interest of all, and will allow us to continue our focus on bringing to market innovative medicines that help people live healthy and meaningful lives,” Glenn Gormley, the group’s executive chairman, said in a statement published by Reuters in New York.

Daiichi Sanko was not required to admit to any wrongdoing.