The Off Track Betting Corporation, one of the oldest legalized gaming companies in the country, recently announced that it will be seeking bankruptcy protection citing dwindling profits and a need for reorganization. 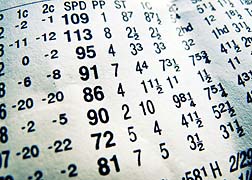 The state took control of the corporation after considerable debt had accumulated, prompting New York State Governor David A. Paterson to issue an executive order authorizing the company to file for Chapter 9 bankruptcy protection this past September, according to a report by the New York Times.

"We're not going to be asking for any taxpayer dollars," the corporation's Chairman Meyer Frucher tells Bloomberg. Instead the company will ask for a $250 million bond sale to help pay debts and modernize OTB's 66 locations.

Under federal law, an individual or an organization can file for bankruptcy protection when faced with unmanageable debt or pending fiscal insolvency.
READ ABOUT BANKRUPTCY LAWSUITS

If you or a loved one have suffered losses in this case, please click the link below and your complaint will be sent to a bankruptcy lawyer who may evaluate your Bankruptcy claim at no cost or obligation.
Request Legal Help Now