While it was painful, the recent bankruptcy of General Motors (GM) shows that bankruptcy law can be a viable option in the face of insurvivable bankruptcy debt and other challenges stemming from an injured economy. As with GM, many companies and private individuals have emerged from the pain of bankruptcy stronger, with the help of a personal bankruptcy lawyer. But there are still problems out there and according to the Washington Post regulators shut the doors of more banks November 6th. 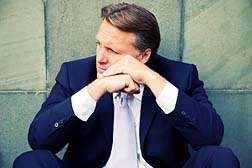 Bank failures for the year stand at 120 with another two months to go. One of the latest, announced Friday is the United Commercial bank in San Francisco. According to a November 7th story by the Associated Press (AP) the bank had $11.2 billion in assets and $7.5 billion in deposits at the point at which it was seized by the Federal Deposit Insurance Corporation (FDIC). The agency also took over United Security Bank based in Sparta, GA.; Home Federal Savings Bank in Detroit; Prosperan Bank in Oakdale, MN. and Gateway Bank in St. Louis.

The FDIC did find a buyer for United Commercial: East West Bancorp, which is identified as the parent company of East West Bank in Pasadena, is acquiring all deposits and most of the bank's failed assets.

That said, the failure of United Commercial Bank is expected to cost FDIC an estimated $1.4 billion; the failure of the other four banks a combined $132.7 million.

According to the Associated Press the bank failures this year, at 120, represent the most in a single year since 1992, when the savings-and-loan crisis brought the banking industry to its knees. Industry analysts fear things will get worse, especially if the still-fragile economic recovery falters.

More BANKRUPTCY News
Should that happen, according to AP, defaults on high-risk commercial real estate loans could spike. It has been reported that numerous regional banks hold large concentrations of such loans. Little wonder that with unemployment continuing to rise, values of residential real estate dropping and loan defaults continuing to rise, bank failures have soared.

Bankruptcy is the means to an end when all else has failed…and failed enterprises can rise again by going through the process with a skilled bankruptcy lawyer. However recent failures have put a drain on FDIC funds, which according to AP have fallen into the red. The bill so far: $27 billion this year alone.

Nearly $500 billion in commercial real estate debt is expected to come due annually over the next few years. Hundreds more bank failures are expected to raise the cost to FDIC to around $100 billion through 2013.

Click to learn more about LawyersandSettlements.com
LawyersandSettlements.com - A trusted, independent legal news provider bringing quality news and information on legal cases and lawsuits filed in the United States of America to its readers since 2002. Over 650,000 legal help requests including Bankruptcy Cases have been forwarded to lawyers all across to the country.