Not only do holders of Bank of America 401(k) plans have a reason to worry, given the falling fortunes of a major player in the banking industry, but according to comments attributed to the Bank's chairman and chief executive, things aren't expected to improve anytime soon.

Kenneth D. Lewis has been at the helm of Bank of America since 2001, and warned in the New York Times a couple of weeks ago that the tough times would continue for the foreseeable future. He predicted growth to be anemic for the first half of 2008.

Bank of America is only one of a collection of banks and lenders who have stumbled amidst the tumble and turmoil surrounding the subprime mortgage mess. The Fed has cut the prime rate, and a multi-billion dollar relief package passed by Congress gives Americans pause for hope that a recession can be avoided. 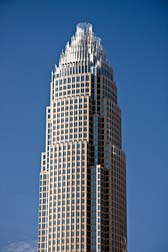 Even if that is the case, it will take time to recover from the market miscues of the last few years, when lenders went on lending sprees and mortgages, re-packaged as mortgage-backed securities, were snapped up by eager investors keen on making a fast buck on a sure winner.

You can always bet on a mortgage. At least, that was the mantra at the time.

It seems, however, that the times have changed.

In a recent edition of the CBS News program 60 Minutes, veteran reporter Steve Kroft looked into the face of an exasperated real estate professional in California, and asked what had happened to the old notion that a citizen of pride and self-worth always paid their debts.

Economic reality changed that notion for a lot of people. And can you blame them?

A bank or some other lender gleefully advances you a sum of sufficient value to buy a house you probably couldn't afford anyway, for zero down. Some were even advanced more funds than the cost of the house, in an effort to get those loans on the books.

Houses and homes are not the island of calm in the eye of a building storm, offering protection in a slowing economy. House prices will not always rise as they have, unabated, for years if not decades.

In this economy, pride takes the back seat. Here you go. Take the house. I'm defaulting on the mortgage...Would you do anything different?

Thus, loans default—and a lender's income from those mortgage payments is gone. The year 2007 will go down in history as the year of subprime, and the last quarter of 2007 will go down as the writedown quarter.

Like so many others, Bank of America suffered horrendous losses as the year came to a close, with a drop in net income equaling 95 per cent in the fourth quarter. The Bank's Kenneth Lewis notes that Bank of America has, like others, tightened up lending standards across the board and are still 'open for business,' to those who meet the newly-revised lending criteria.

One begs to wonder, had the lending industry kept to tight lending policies throughout, if the subprime meltdown would have occurred at all, or at the very least held to a dull roar, rather than threaten the economic health and well being of perhaps the greatest superpower in the free world.

For now, we have little choice but to wonder and speculate as the economy fights to right itself.

In the meantime, investors and those with a stake in Bank of America 401k plans wonder what these horrendous losses suffered by the bank will do to their retirement fund values.

Added to that, is the announced acquisition of the assets of troubled mortgage lender Countrywide Financial, which is reportedly expected to cost Bank of America about $4 billion.

The bank is hoping to raise $2 billion from capital markets, which analysts say is doable. However, as credit conditions remain tight, observed Meredith Whitney, a research analyst at CIBC, "it's going to cost them."

One wonders, how much this is also going to cost holders of Bank of America 401k plans. With huge losses, anemic growth forecasts and a planned acquisition, the country's largest bank may be hard-pressed to maintain its fiduciary duty to investors and owners of 401k retirement plans.

The Employee Retirement Income Savings Act was enacted in 1974 to ride shotgun over corporations and their fund and Plan administrators with regard to the prudent management of fund assets. Several major lenders, including Bank of America, are being investigated for potential breaches of fiduciary duty as it relates to employee retirement funds and 401k plans.

What goes up must come down. It could also be suggested that the reverse is also true; that what comes down will eventually go back up.

And it will. But many Americans, and holders of Bank of America 401k plans, close to retirement and having potentially suffered losses in their retirement funds in tandem with the Bank, do not have the luxury of time to see, and move beyond the inevitable, if distant, correction.

If you have suffered 401k plan losses, please contact a lawyer involved in a possible [Bank of America Lawsuit] to review your case at no cost or obligation.
Request Legal Help Now