In January, 2008, Bank of America Corporation ("Bank of America" or the "Company") (NYSE: BAC) has announced that it had writedowns of $5.28 billion to reflect collateralized debt obligations ("CDO's"). As a result, the value of Bank of America stock owned through the Bank of America 401(k) Plans (the "Plans"), has fallen dramatically. Bank of America and other administrators of the Plans may have breached their ERISA-mandated fiduciary duties of loyalty and prudence to participants and beneficiaries of the Plan. A breach may have occurred if the fiduciaries failed to manage the assets of the Plan prudently and loyally by investing the assets in Company stock when it was no longer a prudent investment for participants' retirement savings.

Send your Bank of America 401 claim to a lawyer who will review your claim at NO COST or obligation.
GET LEGAL HELP NOW

Bank of America Corporation faces an investigation from the Securities and Exchange Commission (SEC), who accused Bank of America of not telling investors it paid billions of dollars in bonuses to Merrill Lynch employees. The SEC has said that it will investigate any alleged wrongdoing at Bank of America. This investigation may lead to additional charges being filed against the bank. 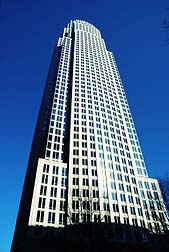 The SEC's investigation follows Bank of America's acquisition of Merrill Lynch in 2008. The SEC had previously investigated Bank of America and a $33 million settlement was proposed in the case. However, a federal judge rejected that settlement and ordered a trial. The trial has been set for February, 2010.

"The S.E.C. gets to claim that it is exposing wrongdoing on the part of the Bank of America in a high-profile merger," the judge wrote, and, "the Bank's management gets to claim that they have been coerced into an onerous settlement by overzealous regulators," (as quoted in The New York Times, September 15, 2009). He further noted that the shareholders—the alleged victims in this situation—would be the ones paying for the settlement.

While the SEC investigates Bank of America, New York Attorney General Andrew M. Cuomo and congressional investigators are also undertaking their own investigation against the bank. According to The Washington Post (September 22, 2009), top Bank of America executives could face charges for their role in the Bank of America-Merrill Lynch deal.

Not only do holders of Bank of America 401(k) plans have a reason to worry, given the falling fortunes of a major player in the banking industry, but according to comments attributed to the Bank's chairman and chief executive, things aren't expected to improve anytime soon.READ MORE
Bank of America: Income Down 95%, 401k Plans Down?

Charlotte, NC: Bank of America is yet another victim of the slowing US economy and the damaging sub-prime mortgage crisis, prompting the company to undertake a multi-billion-dollar debt write down. Worse, the less-then-stellar performance may have put Bank of America retirement fund investors at risk for reduced Bank of America 401k portfolios, alleging a potential breach of fiduciary duty on the part of the company to undertake prudent investments on behalf of Plan holders.READ MORE
READ MORE Employment Settlements and Legal News
READ MORE Securities Settlements and Legal News