Company-backed retirement and 401k plans are regulated according to strict guidelines set forth by the ERSIA legislation of 1974. Under ERSIA, Plan administrators and fund managers have a certain responsibility to Plan participants and investors, and are required to operate the Plan in the best interest of the 401k plan investors. If a Plan administrator or manager was to have made investments on behalf of the Plan without due diligence or prudence, then a breach of fiduciary duty may have occurred. 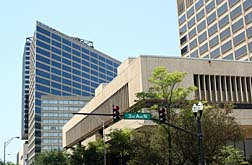 Likewise, a company is required to conduct its affairs with the best interests of its shareholders, and investors in mind.

Bank of America is just one of the latest casualties of the slowing economy, and the reason for the slow-down: exposure to sub-prime mortgages, and mortgage-backed securities. Following a staggering $5.3 billion mortgage-related write down, quarterly results reported January 22nd were seen to have fallen short of Wall Street's expectations.

Compare that with market expectations of a profit of 18 cents a share on revenue of $13.24 billion.

The most dramatic announcement, of course, was the $5.28 billion write down on collateralized debt obligation-related assets, the result of weakened demand for mortgage-related securities and credit industry downgrades.

Obviously, last year's performance is a disappointment for the company. However, such a dramatic shift in the fortunes of the company will have a corresponding impact on investments contained in Bank of America 401k plans. While company officials are stewing over the results, investors are left holding the bag and retirement savers would have just cause to worry. With net income down a staggering 95 per cent year over year, a corresponding loss in portfolio value could have serious, and irreversible consequences for Bank of America 401k investors.

However, there is little a Bank of American retirement fund owner can do but trust the sponsoring company to perform well, and trust the decisions of Fund managers and administrators to make investment decisions that are sound, and prudent.

If Plan assets were invested in Bank of America stock at a time when the company was in a performance slide, such an investment could be considered an imprudent one, and could represent a breach of fiduciary duty.

As a result, Bank of America 401k plan holders could have recourse for a claim.

After all, company executives and Bank of America 401k Plan managers and administrators still get paid at the end of the day regardless of the performance of the company. However, the fortunes, and the portfolios of Plan investors can be forever marred by such a drastic turn of events.

At the end of the day, the US credit crisis and the sub-prime mortgage crisis, which evolved from greed, lax regulatory supervision and blatant mismanagement, hurts the retirement fund investor the most. With the average American living longer, and with lifestyles commanding more complex and upscale amenities, a greater importance is placed on building sufficient wealth within a retirement portfolio and 401k plan to adequately fund retirement years.

With so many companies allowing so much exposure to the credit crisis, the retirement portfolios of thousands, if not millions of Americans, are at risk.

It's not like you can just go out and get a job at 75. What it means, is that you might be living on beans...

If you have suffered 401k plan losses, please contact a lawyer involved in a possible [Bank of America Lawsuit] to review your case at no cost or obligation.
Request Legal Help Now