Theodore was put on Avandia in 2004. Within 3 months of starting the diabetes medication he had suffered all the reported Avandia side effects, specifically rapid weight gain, severe breathing difficulties and swelling of the extremities. Then he had a heart attack. This all happened before news reports on the problems with Avandia hit the mainstream media. 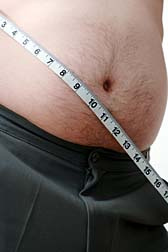 "The symptoms started almost immediately—within one to one and a half weeks of being on the drug," Theodore said."It was one thing at time. I gained so much weight—it was water retention—that I went from a size 38 to 48 trouser. Then I developed a problem with breathing. That got so bad I just knew I had to do something. So I asked my doctor to take me off Avandia. Instead, I was told to cut it down slowly. I thought that was nonsense, so I stopped taking it right then and there."

But Theodore's troubles were far from over. "One day I was out feeding my horses; I was on my way back to the house. My wife was at work, so I was alone at home. I was having breathing difficulties and all of a sudden I grabbed my chest—I couldn't breathe. I knew this wasn't good so I managed to drive myself to the local clinic, and they put me on all these drugs immediately and told me I had just had a heart attack and needed to go to hospital. So the next day I checked in with the Veteran's Administration hospital near me, and they began treating me immediately for heart disease. They treated me aggressively for 3 or 4 months. They said only 27 percent of my heart was working when I first came to see them. I'm not surprised, that heart attack really hurt—I've never experienced anything like it."

Even though it's been some time since Theodore stopped taking the drug, he still believes he is suffering from side effects related to Avandia. "I still haven't lost the water weight, and the shortness of breath is still a problem," he said. "I was in good shape before I started on this drug. I went from 150 to 300 pounds within about 2 months. You can't eat that much food that quickly."

Perhaps equally as frustrating as suffering a major cardiovascular event, weight gain and respiratory problems, is the fact no one took Theodore's assertions that Avandia was causing these problems seriously. Then, in 2006/2007, reports started surfacing—reports that matched Theodore's experiences almost exactly. These reports were based on consumer experience. In May, 2007, Steven Nissen and colleagues published the now famous review of Avandia clinical trials which showed a 64 percent increased risk of heart-related death and a 43 percent increased risk of having a heart attack among patients taking the diabetes medication.

More AVANDIA News
"The funny thing is that I kept telling everybody I was having problems as a result of Avandia but people told me I was just imaging it," Theodore said. "Up until the time I started taking Avandia I did not have any heart problems. Not one. So where do you think the heart problems came from?

Everything was obvious to me, but no one would accept it. Then, the problems associated with the drug began to emerge, people having heart attacks and breathing problems. I remember sitting with my brother in law one evening, watching information on the television about the problems connected with the drug, and all the class action suits that were starting. Every time they named a problem I would tell him—I had that, I experienced that. By that time I had given up trying to persuade people of the problems with Avandia. Everyone thought I was nuts, way back in the beginning. But I was so relieved when I heard about the problems. I finally knew I wasn't crazy."