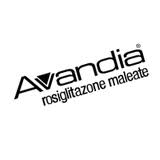 Earlier this week, the US Food and Drug Administration (FDA) announced it is requiring the removal of certain restrictions on prescribing and use of the diabetes drug Avandia (rosiglitazone). The move is designed to reflect new information regarding the cardiovascular risk of the medicine. The FDA states that their actions are consistent with the recommendations of expert advisory committees.
Read [ FDA Eases Warnings For Avandia ] 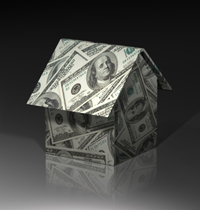 A recent Actos bladder cancer lawsuit alleged that officials at Takeda Pharmaceutical Co., put profits ahead of patient safety when it came to Actos side effects. Testimony at the lawsuit, which was heard in March 2013, alleged the company was against including a bladder cancer warning on the Actos label. The Actos lawsuit resulted in a $6.5 million award to the victim, which was later overturned by the judge.
Read [ Testimony against Takeda in Actos Lawsuit Alleges Profits Put before Patients ]

If anyone was curious as to the severity of the “hit” suffered by GlaxoSmithKline when its one-time superstar diabetes drug Avandia descended into a sea of concern over Avandia side effects, one needs only to look at the numbers. At its peak, more than 117,000 Americans were prescribed Avandia for Type 2 Diabetes. Following severe restrictions mandated by the US Food and Drug Administration (FDA) three years ago, that number fell to just 3,400.
Read [ FDA Panelists Vote to Ease Restrictions on Avandia ]

Diabetes Meds Avandia and Januvia Under Renewed Scrutiny by FDA

Type 2 diabetes medications Avandia, Januvia, and Byetta are making the news right now, for all the wrong reasons. Reports out of London and Washington this week state that in June, the Food and Drug Administration (FDA) will be re-reviewing results of a re-analysis of a 2009 study called Record, which showed a more than doubling of the risk for heart failure associated with Avandia (GlaxoSmithKline[GSK]). Bloomberg reports the re-analysis was requested by a previous advisory panel that found the drug should remain available in the US, despite its having been taken off the market in Europe.
Read [ Diabetes Meds Avandia and Januvia Under Renewed Scrutiny by FDA ]

Yet Another Actos Bladder Cancer Lawsuit

While Actos has recently come under the microscope for Actos macular edema, cases alleging the popular Type 2 diabetes drug triggered the onset of bladder cancer continue to roll in. One of the latest is that of a Virginia plaintiff who filed an Actos bladder cancer lawsuit last month in the US District Court for the Western District of Louisiana.
Read [ Yet Another Actos Bladder Cancer Lawsuit ]

In what is being touted as the largest case of healthcare fraud in US history, GlaxoSmithKline Plc (GSK) is pleading guilty to misdemeanor criminal charges and will pay $3 billion in settlement of those charges relating to its drugs Paxil, Wellbutrin, and Avandia.
Read [ GSK to Pay $3 Billion to Settle Criminal Charges on Avandia, Paxil and Wellbutrin ]

Are Diabetic Native Americans at Greater Risk for Actos Side Effects, too? 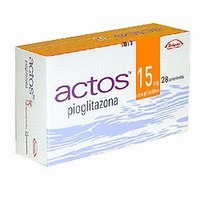 November is National Diabetes Month and according to the American Diabetes Association (ADA, www.diabetes.org), there are roughly 26 million Americans living with diabetes—and another 79 million at high risk of developing type 2 diabetes. The numbers are startling—in fact, every 17 seconds someone is diagnosed with diabetes, and the disease kills more people than breast cancer and AIDS combined each year. According to the Centers for Disease Control (CDC), diabetes is the seventh leading cause of death in the US.
Read [ Are Diabetic Native Americans at Greater Risk for Actos Side Effects, too? ] 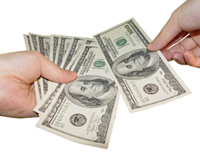 A $3 billion settlement has been reached between GlaxoSmithKline, the maker of the controversial diabetes medication Avandia, and federal authorities, ending investigations into whether or not the company marketed drugs for unapproved uses, among other charges.
Read [ GSK To Pay $3 Billion to Settle Avandia Claims ]
Page: 1  2  3  4  5     Next»