Are Diabetic Native Americans at Greater Risk for Actos Side Effects, too?

November is National Diabetes Month and according to the American Diabetes Association (ADA, www.diabetes.org), there are roughly 26 million Americans living with diabetes—and another 79 million at high risk of developing type 2 diabetes. The numbers are startling—in fact, every 17 seconds someone is diagnosed with diabetes, and the disease kills more people than breast cancer and AIDS combined each year. According to the Centers for Disease Control (CDC), diabetes is the seventh leading cause of death in the US. 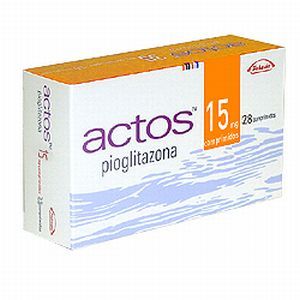 While the data are staggering, what lies within the data is even more alarming—and unfortunately beneath the radar of most mainstream mass media. One of the populations most devastatingly affected by type 2 diabetes in particular are American Indians.

Given the data, and that the recommended algorithm for treatment of type 2 diabetes and glucose control1 includes Metformin (e.g., Januvia) and Thiazolidinediones—aka Actos2—it's a cause for concern. After all, when there is such disparity in the rate of diabetes incidence among AI/AN, it stands to reason that there would also be a disparate occurrence of Actos side effects (or Avandia side effects). (Read more about Actos vs Avandia here.)

Avandia had been the diabetes drug in the spotlight during the last year over concerns about harmful side effects, including an increase in risk of heart attack. However, since Avandia—which is due to come off retail pharmacy shelves this month—has had restrictions placed on its use as a result of the FDA announcement back in May 2011, the focus has shifted to Actos and the potential for harmful Actos side effects that are similar to those of Avandia.

Following the FDA announcement restricting Avandia use, some patients were switched to Actos. As attorney J. Benton Stewart indicated in an interview with LawyersandSettlements.com at the time, "Many people who began taking Avandia were switched to Actos as a less expensive drug. At the time, it was believed that Actos was not as harmful a drug, but over time that has not been proven to be true. The FDA has linked Actos to bladder cancer, which is now a warning on the Actos label."

In the midst of all this, are American Indians—who according to the IHS "have long experienced lower health status when compared with other Americans. Lower life expectancy and the disproportionate disease burden exist perhaps because of inadequate education, disproportionate poverty, discrimination in the delivery of health services, and cultural differences. These are broad quality of life issues rooted in economic adversity and poor social conditions."

A lack of educational resources regarding health care choices—or simply the inability to access the same level of quality health care compared to the general US population—may be putting American Indians at an even greater disadvantage. Having access to prescription diabetes drugs such as Actos is one thing, but access without proper education about potential Actos side effects and how to address them raises the level of risk.

More Actos News
Attorney Stewart, who not only works with several tribes on issues concerning native populations but also traces his own heritage to the Upper Creek Nation, states that "Indigenous people are genetically twice as likely to get type 2 diabetes. Many American Indians are on a supplemental drug plan and Actos has historically been the cheapest drug to treat diabetes. They are receiving treatment for one disease but are not being screened for side effects as a result of their Actos use."

November is not only National Diabetes Month, but also Native American and Alaska Native Heritage Month—with a theme of "Native Youth: Connecting Cultures and Wellness," it's an opportune time to recognize the disparity between the AI/AN and general US populations regarding diabetes diagnoses, as well as to ensure that medical and drug information is available and accessible to all who need it.

1. Source: IHS, from the ADA Clinical Practice Recommendations 2010 Diabetes Care, 2010;33 and Medical Management of Hyperglycemia in Type 2 Diabetes: A Consensus Algorithm for the Initiation and Adjustment of Therapy Diabetes Care 2009;32(1):193–203
2. Actos (Pioglitazone) is not listed on the IHS National Core Formulary.