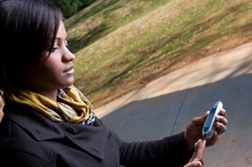 One study, an updated meta-analysis of 56 clinical trials, showed an increased risk for heart attack of 28 to 39 percent. The lead author of the study, Dr. Steven Nissen, head of cardiology at the Cleveland Clinic in Ohio and an outspoken critic of Avandia, released results in 2007 showing an increased risk for severe adverse events associated with the drug. Nissen said that the new data reinforces his earlier concerns.

The study, conducted by researchers at the Cleveland Clinic, assessed data from 35,531 patients. It was published in the online version of the Archives of Internal Medicine.

More avandia News
"A drug that increases the risk of heart attack by a third or more in diabetics represents a huge public health burden," said Nissen, as reported by Reuters. Nissen added that the drug should be taken off the market.

The second study, conducted by government researchers, evaluated data from more than 227,000 patients in the US Medicare system. Published in the Journal of the American Medical Association (JAMA), the results showed that Avandia was associated with a greater risk of adverse events than Actos, a rival drug manufactured by Takeda Pharmaceuticals.

The studies were made public with the hope that the data would influence an expert panel convening on July 13 and 14 to advise the Food and Drug Administration on whether or not Avandia should remain on the market.