GlaxoSmithKline has reportedly agreed to pay $460 million to settle lawsuits alleging that diabetes medication Avandia caused an increased risk of heart attacks. News of the settlement comes as the US Food and Drug Administration (FDA) held an advisory panel to discuss Avandia side effects and determine what action, if any, to take on the drug. 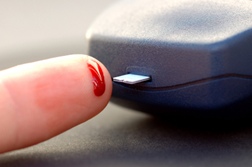 According to the New York Times on 7/15/10, GlaxoSmithKline will settle approximately 10,000 lawsuits concerning Avandia, with each patient receiving around $46,000. GlaxoSmithKline was reportedly facing more than 13,000 lawsuits alleging that the company did not properly warn physicians and patients of the risk of heart attacks. Some analysts predicted GlaxoSmithKline could pay up to $6 billion to settle Avandia litigation, the Times reports.

GlaxoSmithKline announced it will pay a total of approximately $2.6 billion in the second quarter to settle lawsuits involving both Avandia and Paxil. The drug maker would have faced the first of the Avandia lawsuits in court in October 2010.

More AVANDIA News
Meanwhile, an FDA advisory panel voted this week on whether or not to allow Avandia to stay on the market. Twelve members of the advisory panel voted to remove Avandia from the market, while 20 voted to let it stay. Ten of those 20 voted to implement serious label revisions and possible sale restrictions, seven voted to allow it to stay on the market with minor label revisions and three voted to allow it to remain as is. One person abstained from voting.

The advisory panel can only make recommendations to the FDA; its votes are not binding and the FDA does not have to follow its recommendations. Patients who currently take Avandia and are concerned about the medication should not stop taking the drug without first consulting with their doctor.