After a federal grand jury subpoenaed documents relating to how Toyota handled steering problems in some of its older vehicles, the carmaker formally recalled some 400,000 vehicles in the US for potential steering problems. The recall involves a mechanism that could fail in certain conditions, increasing the likelihood of a crash. 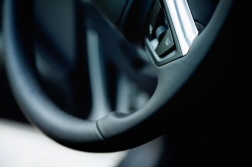 Toyota has been blasted in recent months over its response to sticking accelerator pedals and ill-fitting floor mats—a failing that was subject to a congressional hearing and resulted in a $16.4 million dollar fine for waiting too long to initiate a recall. The massive Japanese automaker has taken a huge hit to its credibility and has been laboring to reestablish its once-solid reputation with the public.

The announcement of the subpoena proved another setback for Toyota. At issue were steering components with the Japanese equivalent of the 4Runner. Engineers in Japan close to the situation accused Toyota back in the 1990s of identifying an issue with the steering mechanism and quietly changing the component at the factory without issuing a recall of vehicles suspected of having the same fault.

That recall finally came several years later in Japan, only after a police investigation in Japan prompted the automaker to take action. At the time, Toyota told US regulators that there was no similar problem with the US-based 4Runner.

According to this morning's CNNMoney.com and the New York Times, Toyota is now recalling 373,000 Toyota Avalons manufactured between 2000 and 2004. According to the manufacturer, the steering lock bar could break under certain conditions, increasing the risk of a crash.

Another 39,000 Lexus LX 470 vehicles have been recalled, also for steering issues. Toyota says that a severe impact to the front wheels, such as striking a pothole, could disengage the steering shaft over time. That recall affects LX 470 vehicles from the 2003 to 2007 model years.

Toyota said it will send out official recall notices to affected owners in mid-August.