Toyota Again Under Fire, Subpoenaed by US Federal Grand Jury

After a brief respite from the public spotlight, Toyota is again under scrutiny after being served with a subpoena from a federal grand jury in New York seeking information on steering-related problems. The subpoena may also trigger a wider investigation into a 2005 Toyota recall that brings to mind the recent debacle over rapid acceleration. 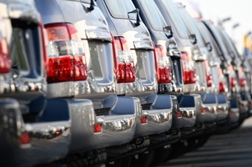 According the 7/20/10 edition of the New York Times, this new defect story centers on the steering rods in the Japanese Hilux Surf, a vehicle marketed in the US as the Toyota 4Runner.

Investigators in Japan claim that Toyota engineers discovered as far back as 1996 that crucial steering rods in the Hilux Surf / 4Runner could fracture, seriously affecting their steering capability. Toyota quietly began installing a more robust steering rod later that year.

But there was no recall. Only after a 2004 accident that prompted a police investigation in Japan did Toyota initiate a recall of all Hilux Surf / 4Runner vehicles built prior to the change to the upgraded steering rod in 1996.

At the time, Toyota indicated to the National Highway Traffic Safety Administration (NHTSA) that the defect was limited to vehicles in Japan—and that Toyota had not received any reports of similar failures in the US.

A year later, however, Toyota admitted that 4Runners were indeed affected and initiated a recall of about 977,000 vehicles, according to the New York Times. The recall in Japan was announced in October 2004. The recall in the US was launched September 2005.

In the US, an automotive manufacturer is required by law to notify the government of a manufacturing or safety defect within five days. For failing to notify government regulators in a timely fashion about sticking accelerator pedals and floor mats in the most recent case, Toyota is facing a record $16.4 million fine.

Toyota issued a US recall of a massive number of vehicles for sudden acceleration due to sticking accelerator pedals and / or floor mats in November 2009. However, the same problem was the subject of complaints in Japan as early as December 2008—suggesting that this latest incident may not have been isolated, but was part of a pattern of behavior that has already been subject to a criminal investigation in Japan.

More TOYOTA RECALL News
Toyota suffered a rebuke from the Japanese government and was ordered to overhaul its recall system.

This latest of three subpoenas Toyota has been served this year was delivered to subsidiaries on June 29 and acknowledged by Toyota today in a short filing with the Tokyo Stock Exchange. Toyota said in a statement that it intended to "co-operate earnestly" with investigators.

Toyota has recalled about 8.5 million vehicles over unintended acceleration worldwide since November of last year. The Japanese automaker said at the time that it had yet to conduct a through review of the complaints.

It has since been revealed that an internal investigation found evidence of defective accelerator pedals and floor mats in about 2,000 vehicles reported to have experienced sudden acceleration.